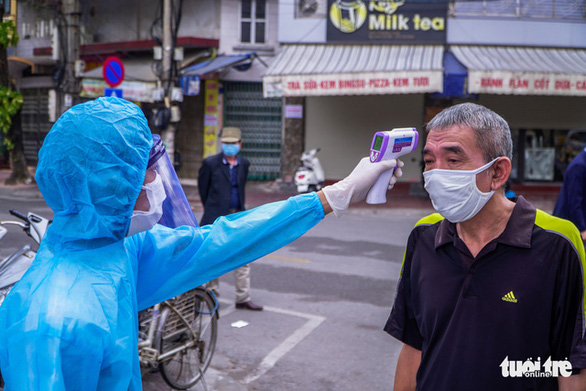 The Ministry of Health reported more than 1,000 locally-acquired coronavirus infections for the second day in a row on Tuesday, most of which were registered in Ho Chi Minh City.

Eight hundred and seventy-two patients were found in centralized quarantine centers or isolated areas, it added.

This is the second successive day that Vietnam has recorded over 1,000 local cases, after the country announced 1,089 domestically-transmitted infections, the highest-ever daily jump, on Monday.

Medical staff in Ho Chi Minh City are tracing the sources of 114 of the new cases while the rest were detected in quarantine or locked-down areas, the municipal Center for Disease Control said in a report.

Vietnam has struggled with the fourth and worst virus wave since April 27, after having gone nearly a month of zero known transmissions.

The country has confirmed 18,613 COVID-19 patients in 55 out of its 63 provinces and cities in this round, with Ho Chi Minh City reporting 7,385 cases and Bac Giang finding 5,673 infections.

The city is proceeding with its mass screening of the community for infected patients so health workers have recorded a daily increase in the hundreds over the past week.

Local authorities have put enhanced social distancing measures in place for over a month, shutting down non-essential businesses, banning crowded events, and ordering eateries to offer takeout only.

Recoveries have amounted to 8,077, including 55 announced on Tuesday, whereas today’s seven virus-related fatalities have taken the toll to 97.

The country has administered 3,903,105 AstraZeneca vaccine doses to medical workers, teachers, factory workers, and other frontline staff since it rolled out inoculation on March 8.

It has approved AstraZeneca, Pfizer, Sputnik V, Moderna, and Sinopharm vaccines for emergency use to date.

Nearly five million AstraZeneca COVID-19 vaccine doses, including donations by Japan, have arrived in Vietnam as yet, in addition to 2,000 Sputnik V jabs donated by Russia and 500,000 Sinopharm doses gifted by China, according to the Ministry of Health.