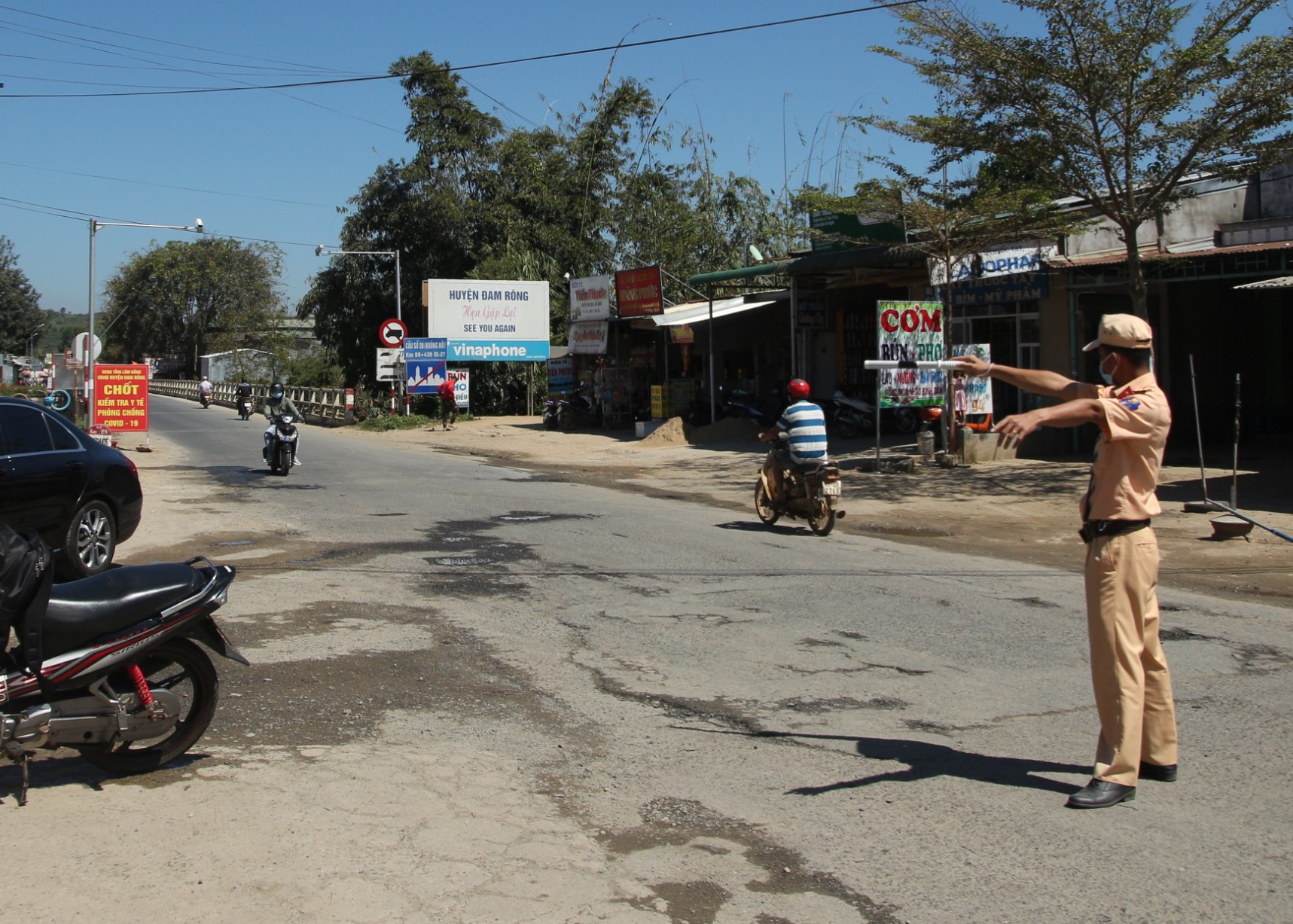 Three men have been caught swimming across a river to evade a COVID-19 checkpoint established between two provinces in Vietnam’s Central Highlands.

They were each slapped with a VND5 million (US$218) fine for failing to comply with pandemic prevention and control measures following a decision by local authorities on Thursday.

On Tuesday, Lap and Man drove a car from Dak Lak Province to Lam Dong Province and was required to turn around when reaching a COVID-19 checkpoint at the border of the two localities.

They failed to present certificates proving they had tested negative for the novel coronavirus in accordance with regulations.

The two men later contacted a friend who had already tested negative for COVID-19.

They handed over the automobile for that friend to drive through the checkpoint.

Meanwhile, Lap and Man met Quyet, who showed them the way to the Krong No River bank.

The three swam across the river to get to Lam Dong Province, but were discovered by competent authorities afterward.

They were then required to file health declarations and undergo rapid COVID-19 testing.

The men also admitted to their wrongdoing at the police station.

Vietnam had documented 38,239 COVID-19 cases as of Thursday morning, with 9,624 recoveries and 138 deaths, according to the Ministry of Health's statistics.

The country has recorded 34,710 local infections in 58 provinces and cities, including 13 cases in Lam Dong and seven in Dak Lak, since the fourth outbreak began on April 27.