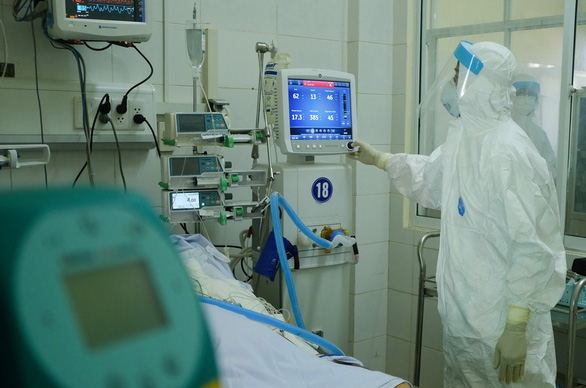 The foreign affairs agency of Ho Chi Minh City has extended condolences to the family of a South Korean citizen who died of COVID-19 in the city, according to its chief.

The passing of the South Korean national, whose name has yet to be announced, was reported by Tran Phuoc Anh, acting director of the municipal Department of External Affairs, at a press conference on Monday to review local COVID-19 prevention and control activities.

Along with sending a letter of condolences to the family of the deceased, the department also issued an official notice to the South Korean Consulate General in the city, Anh said.

After being notified of the fatality, the department contacted Cho Ray Hospital, where the foreigner was treated, and local police and immigration agencies.

When the COVID-19 pandemic started in the city in early 2020, a large number of foreign nationals who were working or traveling here could not return home because of travel restrictions, the department said.

The department, in conjunction with relevant other agencies, has since created favorable conditions for those foreigners to be repatriated at their will.

To date, the percentage of foreigners stuck in Ho Chi Minh City has become insignificant, and city authorities are proceeding with procedures for them to come back to their homeland, Anh said.

By Tuesday morning, Vietnam had confirmed 2,155 new COVID-19 cases, including 2,154 domestic and one imported cases, which have taken the country's tally to 60,180, including 11,047 recoveries, the Ministry of Health reported.

Among the latest cases, 1,519 were detected in Ho Chi Minh City, which has recently topped the nation in daily new infections.

Since April 27, when the pandemic’s fourth wave appeared in Vietnam, the country has documented 56,530 domestic cases.