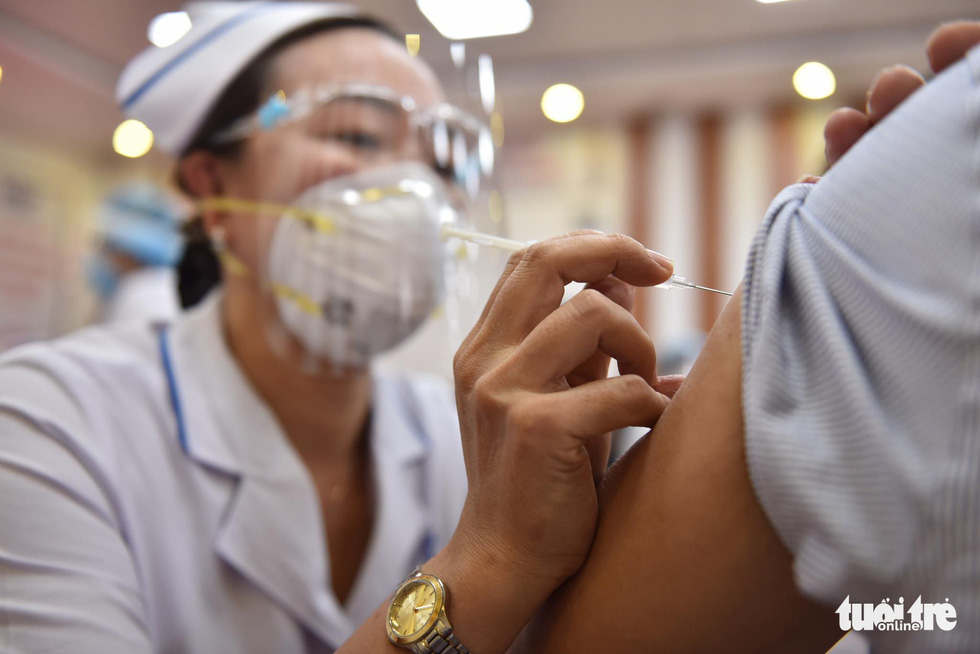 — Foreign Secretary Dominic Raab on Wednesday announced that the UK will donate 415,000 COVID-19 vaccine doses to Vietnam, as part of nine million jabs that the kingdom will begin delivering this week to countries and territories around the world, the British Embassy in Hanoi said in a press release the same day.

— Traffic on Hai Van Pass in central Vietnam was interrupted on Wednesday night after a tank truck traveling from Da Nang to Hue lost control and crashed into a cliff before overturning and bursting into flames. The accident injured the truck driver who jumped out of the vehicle.

— COVID-19 vaccine doses allocated to the southern province of Ba Ria – Vung Tau are enough for 70 percent of the province’s population eligible for free vaccination, secretary of the provincial Party Committee Pham Viet Thanh said in a letter to local residents on Wednesday.

— Nearly one million free meals worth VND15 billion (US$653,274) have been offered to disadvantaged people affected by COVID-19 across 28 provinces and cities since April, as part of a charity program launched by the Vietnam Youth Federation Central Committee, the Vietnam News Agency reported on Wednesday.

— The Hanoi Department of Information and Communications on Wednesday night decided to impose an administrative fine of VND12.5 million (544) on a woman in Tay Ho District who posted false information on her Facebook account, saying Hanoi would install 3,000 checkpoints and calling on people to carry identification documents and proof of going out for a necessary reason.

— The Vietnam National University - Ho Chi Minh City has recently approved a pilot project of the University of Natural Sciences to establish its artificial intelligence faculty, with enrollment starting this year.

— England will allow fully vaccinated visitors from the European Union and United States to arrive without needing to quarantine from next week, in a huge and long-awaited boost for airlines and travel companies, Reuters reported on Wednesday.