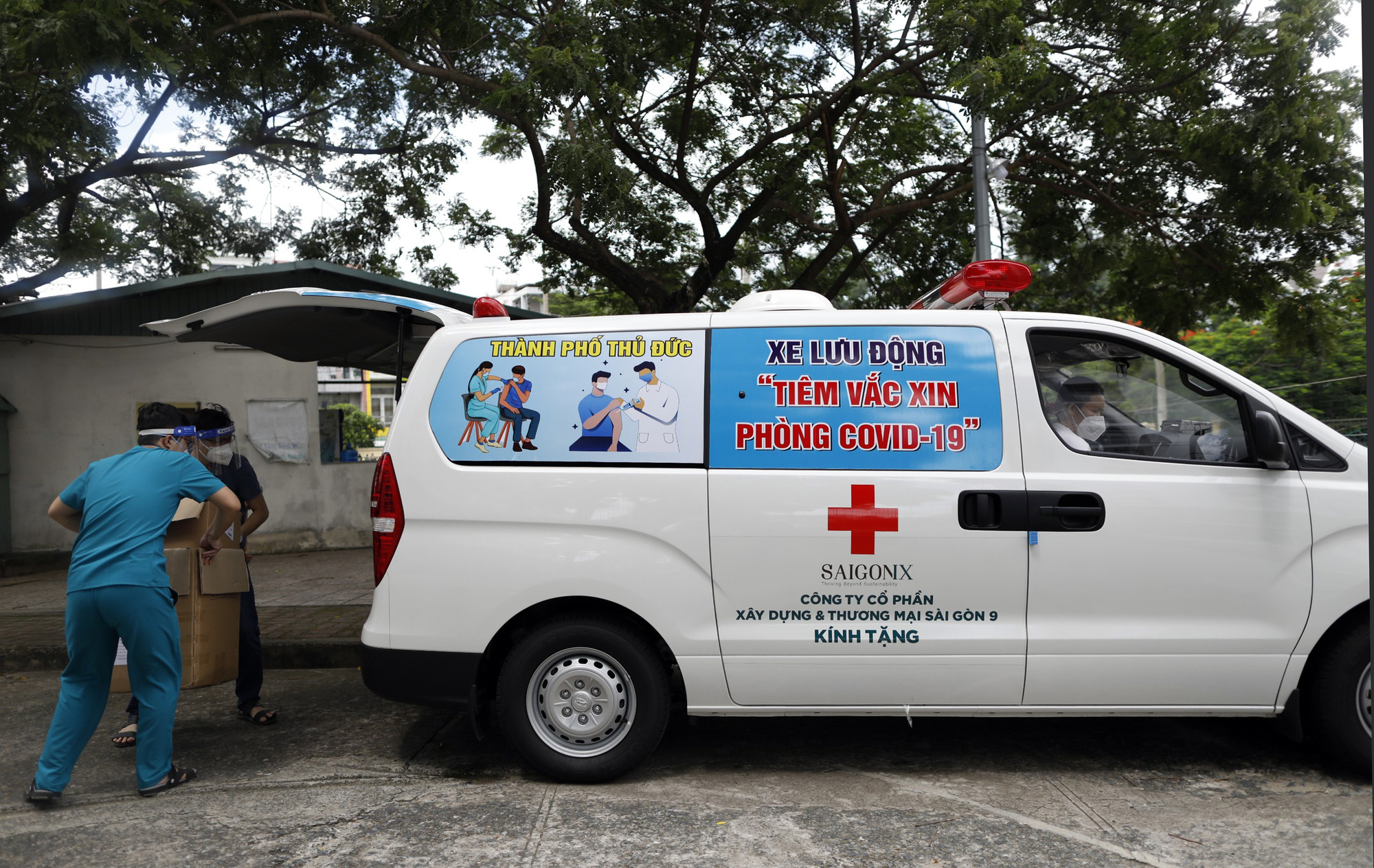 Authorities in Ho Chi Minh City have hiked the number of COVID-19 vaccination teams to 1,200, with each setting a goal to administer at least 200 doses a day.

The southern Vietnamese city initiated its fifth inoculation campaign on July 22, during which 930,000 vaccine doses are set to be given to local residents within two to three weeks.

The original number of vaccination teams was 624 and has been increased to 1,200 following a decision by vice-chairman of the municipal People’s Committee Duong Anh Duc on Sunday.

Each team will strive to administer at least 200 jabs of COVID-19 vaccine per day.

The campaign targets all residents aged 18 and older, with priorities given to people over 65 years old, those with underlying health conditions, and frontline workers.

Family members of frontline workers also received their shots at some inoculation sites on Sunday.

Thu Duc City on the same day put into operation a number of mobile vaccination teams to serve residents in isolated areas or those unable to come to inoculation sites.

As of the end of July, Ho Chi Minh City had received 3,096,770 vaccine shots, while five million more are expected to be distributed to the metropolis in August.

The city has 6,966,626 residents age 18 and older, and needs approximately 13.8 million vaccine shots to vaccinate 99 percent of these citizens.

Municipal authorities have implemented social distancing at various levels since May 31, with the latest extension lasting for 14 days from August 2.

Residents are required to follow regulations under the prime minister’s Directive No. 16 and stay indoors from 6:00 pm to 6:00 am, except in emergency health situations.

The country has registered 153,672 domestic infections in 62 out of its 63 provinces and cities since April 27.