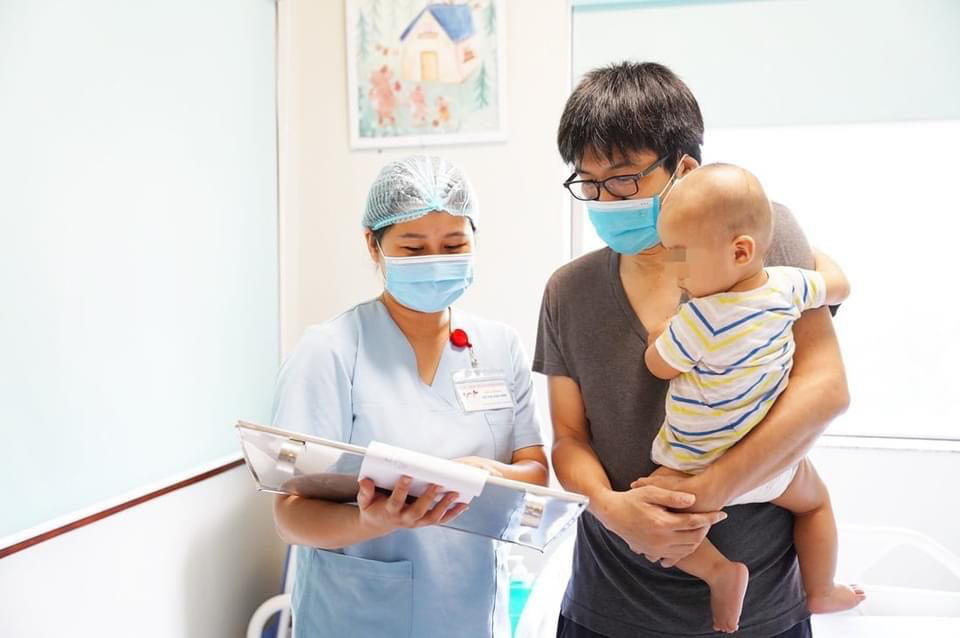 Doctors in Hanoi have saved a nine-month-old Japanese baby after he suffered a traumatic brain injury during his stay at a COVID-19 quarantine facility in Vietnam.

The boy and his family previously arrived in Vietnam from Japan and were quarantined in accordance with COVID-19 prevention and control regulations.

While playing on the sofa, which was about 0.7 meters tall, at the quarantine facility, he fell off it and the back of his head hit the hard floor.

The baby lost his consciousness about 15 minutes later and was rushed to E Hospital in Hanoi.

He was diagnosed with a traumatic brain injury and a subdural hematoma in the right cerebral hemisphere.

Doctors performed an emergency surgery to remove the hematoma, before transferring the patient to Vietnam National Children’s Hospital for further treatment.

The boy was still in a coma when he arrived, Dang Anh Duong, a senior doctor at the children’s hospital, said, adding that doctors continued treating his cerebral edema and provided him with breathing support.

When his condition stabilized, another surgery was conducted to treat his meninges.

One week after the final surgery, the patient was in stable conditions and able to eat and engage in normal activities. He was later discharged from the infirmary.

According to Dr. Bui Thanh Huong at Vietnam National Children’s Hospital, the treatment process was quite difficult as the patient was still being quarantined for COVID-19, requiring doctors and nurses to strictly comply with pandemic prevention and control measures.

As his parents had to remain at the quarantine facility, health workers were also in charge of caring for him and completing all paperwork relating to his hospitalization.

Doctors also need an interpreter to discuss the boy's condition and treatment plan with his parents.