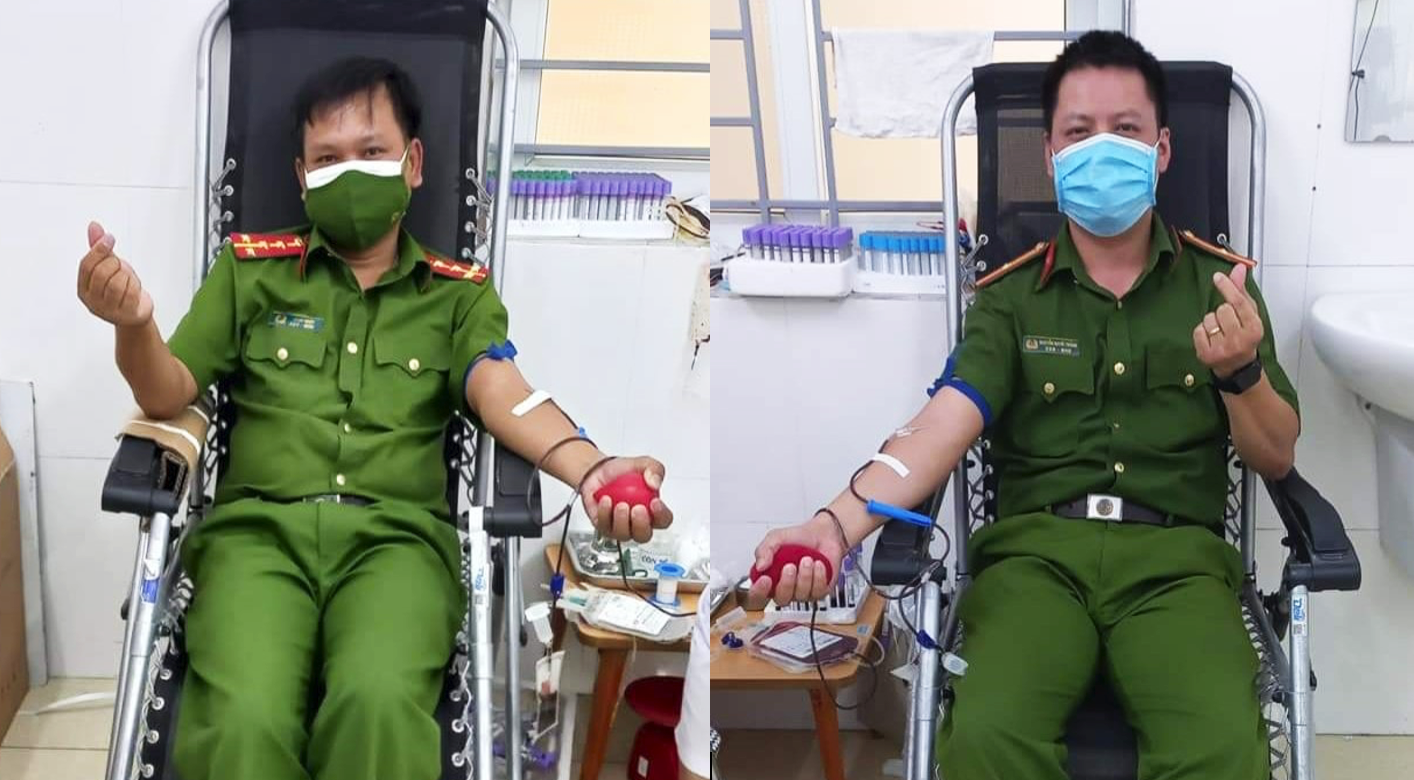 Police donate blood to save boy stung by bees in Vietnam

A six-year-old boy has survived serious bee stings thanks to blood donations from three police officers in Vietnam.

The child, M.T.T., from Nghia Dan District, north-central Nghe An Province, is being treated at Nghe An Obstetrics and Children’s Hospital after receiving blood donations, local authorities said on Wednesday.

T. innocently poked a bumblebee hive out of curiosity before he was swarmed by the bees, T.’s mother said.

His family immediately took him to the hospital.

Doctors said he arrived in a critical condition with about 90 bee stings on his body.

T. received four blood transfusions at Nghe An Obstetrics and Children’s Hospital, but a shortage of blood donations due to the COVID-19 pandemic hindered the treatment.

After hearing about T., many local residents with the same type-O blood as the child patient visited the hospital to donate blood, including a group of local police officers -- Major Nguyen Quyet Thang, Captain Ho Ba Nhat, and Captain Le Ngoc.

Over the past month, Nghe An Obstetrics and Children’s Hospital has received and treated seven children with bee stings, including critically-ill patients suffering anaphylaxis and multi-organ failure.