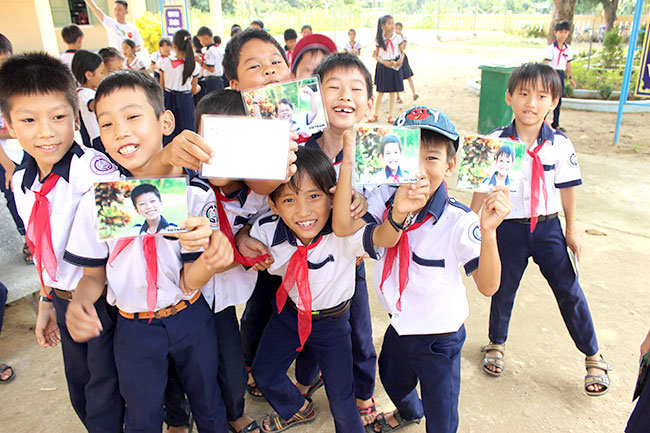 Children and young people living in Vietnam are among those most at risk of the impacts of climate change, threatening their health, education, and protection, according to a UNICEF report launched on Friday.

‘The Climate Crisis Is a Child Rights Crisis: Introducing the Children’s Climate Risk Index’ is the first comprehensive analysis of climate risk from a child’s perspective, the UN agency said in a press release the same day.

It ranks countries on children’s exposure to climate and environmental shocks, such as cyclones and heatwaves, as well as their vulnerability to those shocks, based on their access to essential services.

Launched in collaboration with Fridays for Future on the third anniversary of the youth-led global climate strike movement, the report finds approximately one billion children – nearly half the world's 2.2 billion kids – live in one of the 33 countries classified as ‘extremely high risk.’

The findings reflect the number of children impacted today, with figures likely to get worse as the impacts of climate change accelerate.

The report found that Vietnamese children are highly exposed to air pollution and flooding.

It calls for investments in climate action and environmental protection that will secure development gains and ensure a sustainable future for children.

Measures such as a COVID-19 green recovery, improved access to safe water, and climate education can make a significant difference in the ability to safeguard children’s futures from the impacts of climate change.

“Vietnam is becoming a more hazardous place for children to live due to climate change and environmental pollution, but if we act now we can prevent it from becoming worse.

“Ensuring adequate safety nets and accessible, resilient services – such as water, healthcare, and education – will help to protect children’s futures.”

The report also reveals a disconnect between where greenhouse gas emissions are generated and where children are enduring the most significant climate-driven impacts.

“The frightening environmental changes we are seeing across the planet are being driven by a few but experienced by many,” said Miller.

“Vietnamese children and young people are concerned about the threat climate change and environmental degradation poses to their future.

“They are calling on world leaders to act decisively in order to reduce greenhouse gas emissions and work as a global community to build a better world for all children.”

Without the urgent action required to reduce greenhouse gas emissions, children will continue to suffer the most.

Compared to adults, children require more food and water per unit of their body weight, are less able to survive extreme weather events, and are more susceptible to toxic chemicals, temperature changes and diseases, among other factors.