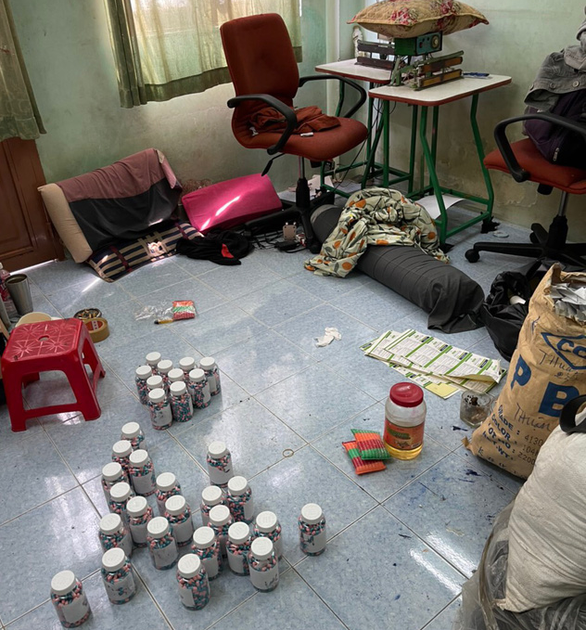 Ho Chi Minh City police have arrested a man and interrogated many others after cracking down on a ring that counterfeited medicines including those for use in treating COVID-19 patients.

On Friday, a police team stopped Thuan for inspection while he was carrying a carton on a motorbike on a street in Phu Nhuan District, as the officers noticed suspicious signs from him.

Searching the carton, they discovered 150 boxes of Terpin-Codein, a kind of medicine used to relieve symptoms of COVID-19 patients in Vietnam, without any supporting documents.

Thuan then confessed his ring had counterfeited the drug for sale to make illegal gains.

During the urgent searches later conducted at three locations in Phu Nhuan and two other districts, police officers seized raw materials for medicine counterfeiting, fake medications, and a lot of equipment and tools.

The seized fake drugs included 630,000 tablets of various kinds, 3,116 boxes of medicines for treating COVID-19 symptoms, 2.5 kilograms of white pills used to fake medications to treat worms, and 100 jars of paracetamol capsules, among others.

The value of the haul amounted to billions of Vietnamese dong (VND1 billion = US$43,700), investigators said.