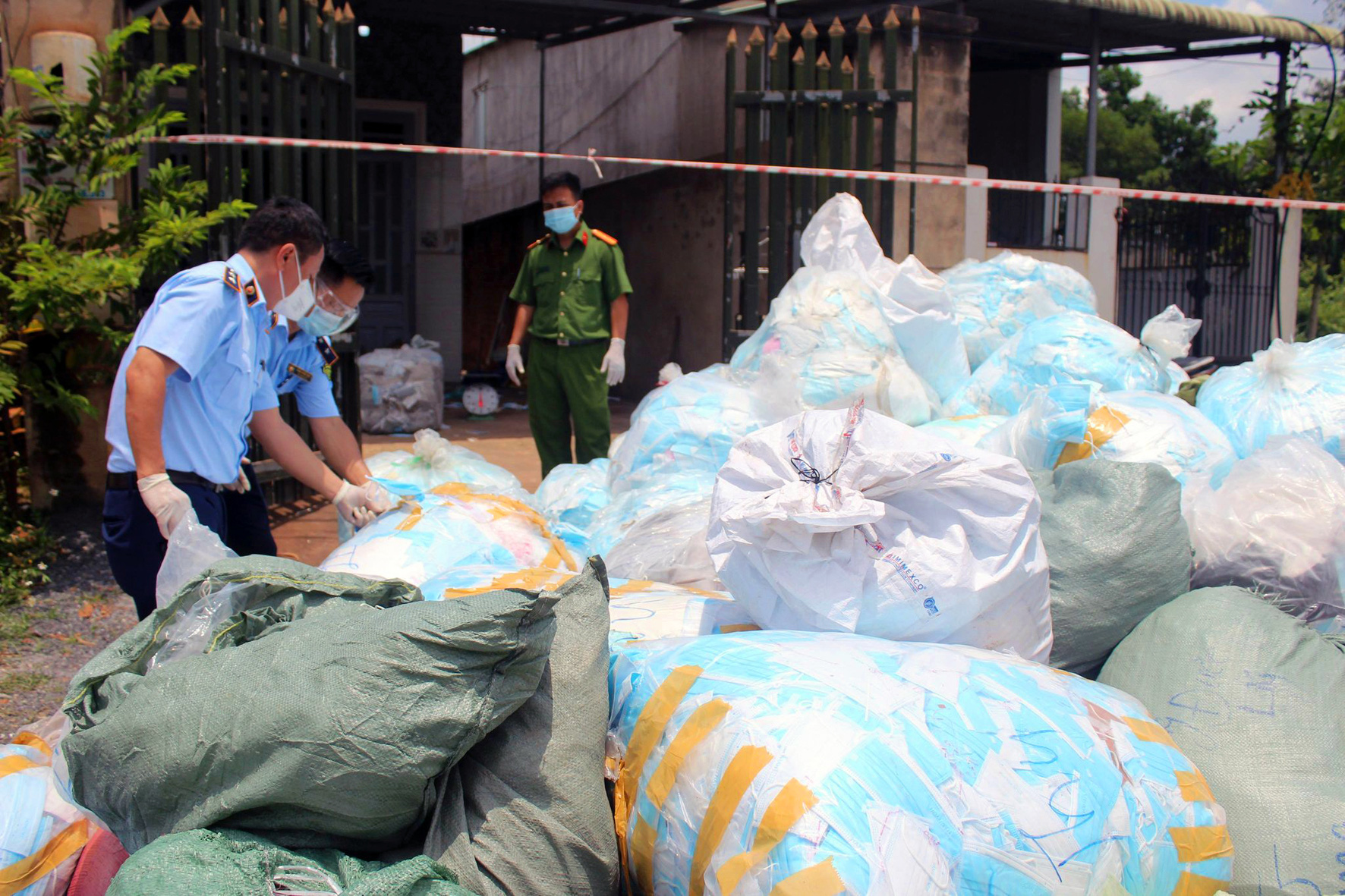 A facility in the southern Vietnamese province of Dong Nai has been discovered recycling defective face masks in order to launch them onto the market for profit.

A representative of the provincial market surveillance unit confirmed on Sunday that the illegal act was uncovered at a venue in Long Binh Ward, Bien Hoa City earlier the same day.

A large number of face masks were being recycled at the location at the time of the inspection.

Officers also found more than 80 sacks containing over 237,000 recycled masks, which weighed approximately one metric ton, at the facility and nearby houses.

Nguyen Dang Giang, 49, owner of the facility, failed to present invoices and documents related to the items.

Giang said he had bought the defective face masks from multiple places in Ho Chi Minh City at VND1,500 (US$0.06) per kilogram.

After transporting them to Dong Nai, he hired local residents and workers to wash and iron the masks, as well as reattach the straps, before selling them to provinces in the Mekong Delta at VND8,500 ($0.3) per kilogram.

All of the face masks found at Giang’s facility have been confiscated.

According to an inspector, these face masks were previously discarded because of their faults.

Even after being recycled, the products can cause harm to users’ health.

Officers have not ruled out the possibility that Giang had also purchased and recycled used face masks, the inspector added.