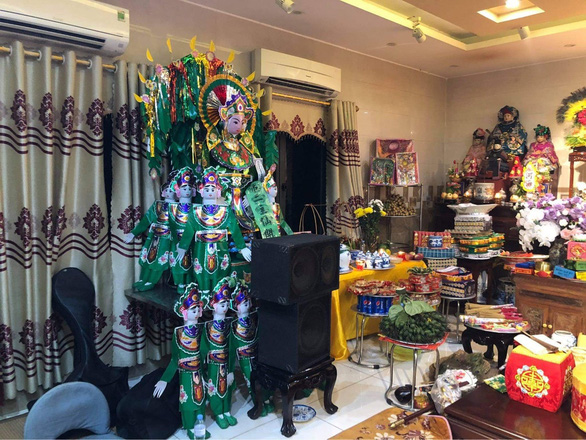 Police of Phu Tho Province in northern Vietnam on Tuesday cracked down on a religious gathering that was held illegally during an ongoing social distancing period.

Since August 3, Phu Tho has required all non-essential services, as well as religious gatherings and traditional festivals, to be halted in an effort to curb the spread of COVID-19 in the province.

On Wednesday, the People’s Committee of Viet Tri City, the capital city of Phu Tho, said they had imposed a total of VND148 million (US$6,486) in fines on 20 people who flouted social distancing rules to attend a ‘hau dong’ religious ceremony in the area.

The function, hosted by religious leader N.D.N.A., was busted on Tuesday evening at the office of Van Nam Phu Tho Company in Viet Tri.

A total of 20 people, three of whom are from the neighboring province of Vinh Phuc, were found participating in the ceremony at the time.

‘Hau dong,’ or trance ceremony, is arguably the most popular celebration of Dao Mau, or Mother Goddess worship, a belief that pays particular respect to the creative and productive power of the Divine Mother in Vietnam’s indigenous belief.

It uses the figure of the Mother in a myriad of forms, including costumes and performance art, to pray for luck, health, wealth, and protection.