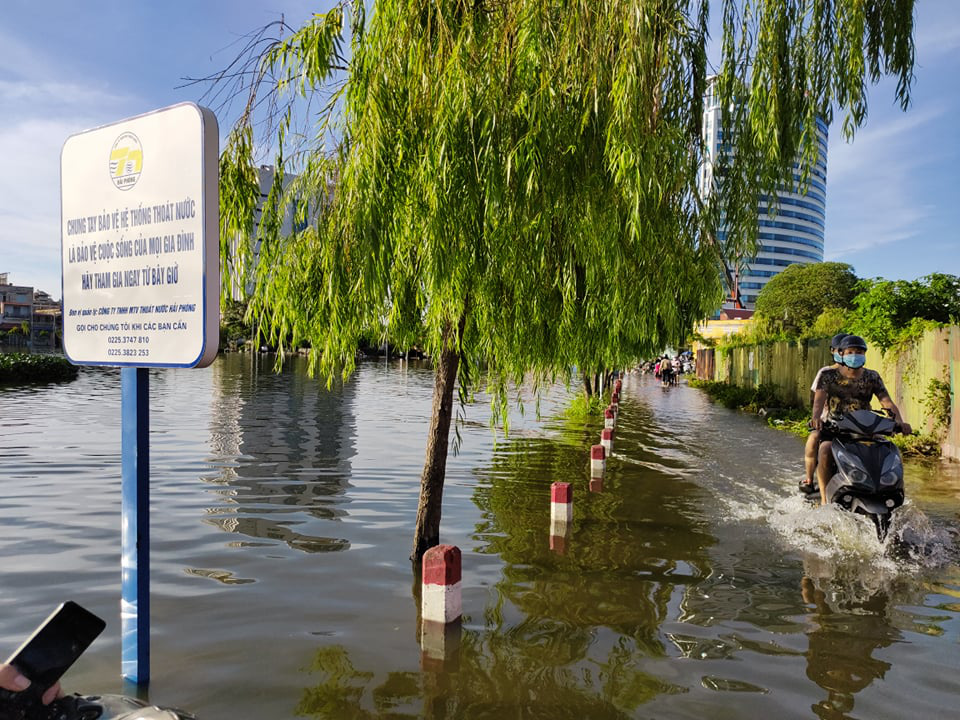 Two siblings drowned in a lake in Vietnam's Hai Phong City on Thursday while playing outside following a heavy rain, police said that same day.

The two girls had been playing near their house, located a short distance from the lake, at around 1:00 pm.

An unusually heavy downpour had hit Hai Phong earlier that day, causing the lake to overflow and spill onto the road, making it difficult to distinguish water from asphalt.

L. and C. fell into the lake and went missing.

Informed of the incident, functional forces and local residents searched for the two children.

With the aid of motorboats and divers, the bodies of the two children were found near their house hours later.

There are many houses located near Tien Nga Lake, with no fences separating them from the lake, except for only a small road.

Thursday’s heavy rain submerged several streets in up to one meter of water.