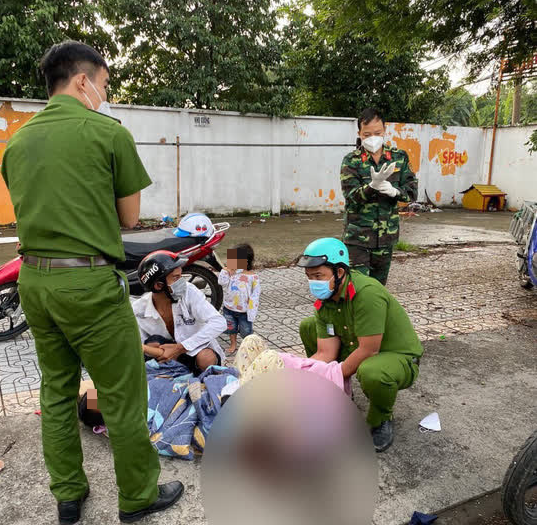 A team of police officers in Ho Chi Minh City on Sunday successfully helped an expectant mother deliver her baby after finding out she had to do it on the side of the road.

The group of officers includes Nguyen Van Tinh and Phan Thanh Son, who are still in training at the People’s Public Security University, as well as ranked policeman Do Vu Thang.

At 5:30 am on Sunday, Tinh and Thang were patrolling at a security checkpoint in Binh Tan District when they saw a pregnant woman on her way to the hospital for childbirth.

The officers decided to help her get to a medical facility before they were joined by Son, who was stationed at a nearby checkpoint.

However, as the woman had to deliver before they could reach a hospital, Tinh promptly acted as a midwife and assisted the woman in giving birth on the side of the road.

Subsequently, both the mother and child were deemed safe as they were sent to the hospital in an ambulance.

The baby was named Tinh to show the gratitude to the namesake officer.