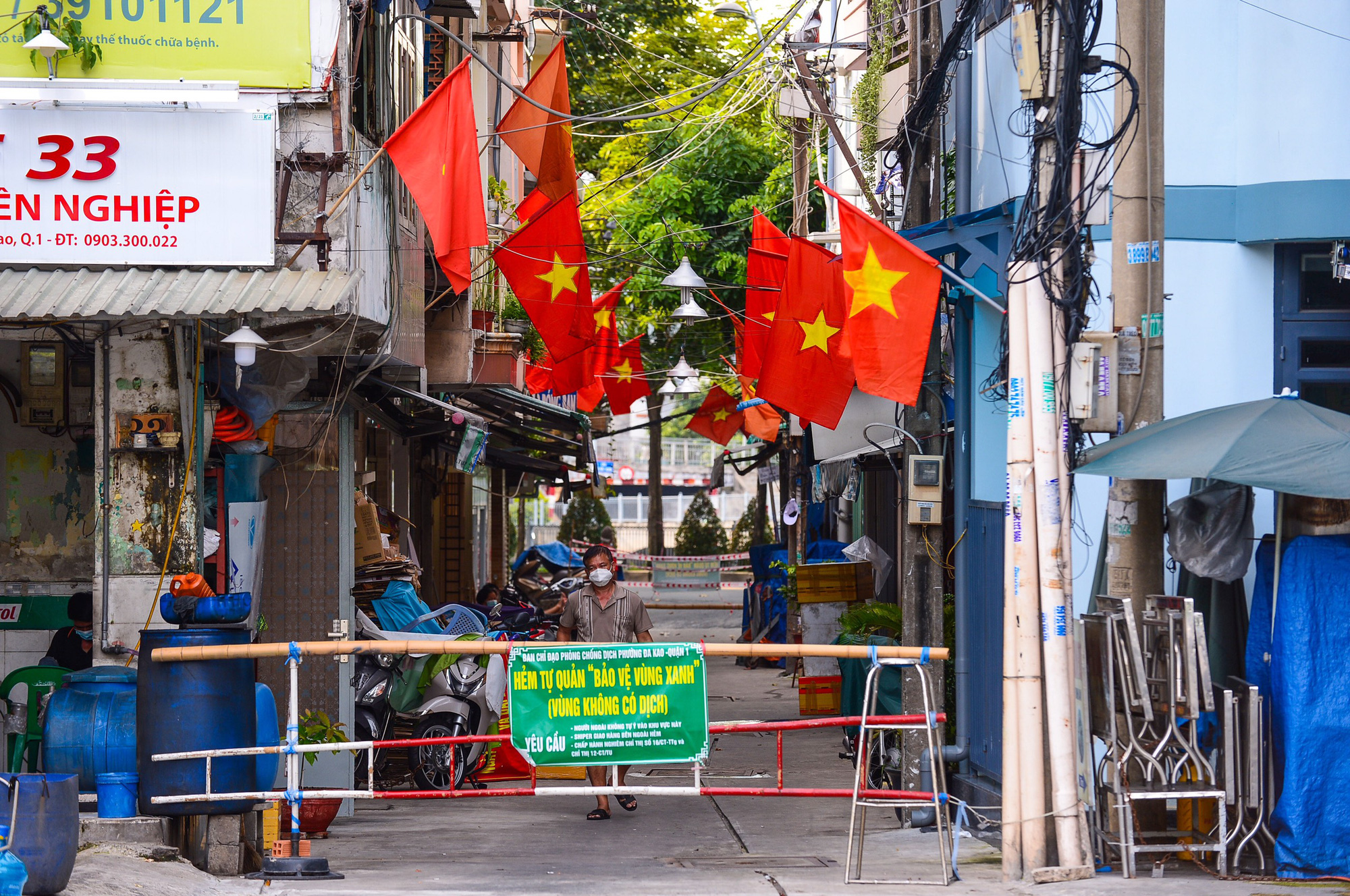 Authorities in Ho Chi Minh City have announced the extension of the ongoing shelter-in-place fiat to September 15 in a continued effort to push back the COVID-19 pandemic.

The mandate, which was initiated on August 23, requires all residents to stay where they are, with police and military officers mobilized to make sure everyone complies with the regulation as well as to assist in other pandemic response measures.

During a meeting on Monday, chairman of the municipal People’s Committee Phan Van Mai stated that most of the current pandemic prevention and control regulations would be maintained until the end of September 15, except for two adjustments.

In districts at low risk of COVID-19 transmission, also referred to as the ‘green zone,’ residents are permitted to go outside to buy groceries once a week.

Delivery workers are also allowed to help local residents shop for groceries at supermarkets in all districts.

Chairman Mai stressed that another important task given to relevant departments is to complete the plan for pandemic prevention and economic recovery after September 15.

The city’s administration has established a steering committee to focus on this task, the official added.

Mass testing will continue across the city during this period, while inoculation progress will be expedited to vaccinate all of the adult population with at least one dose by September 15.

Efforts must be exerted to treat and monitor COVID-19 patients at home and hospitals to minimize the number of deaths, Mai said.

At the meeting, secretary of the municipal Party Committee Nguyen Van Nen stated that the daily number of coronavirus-related deaths in the city has been decreasing since August 31.

Many infection clusters have been controlled, while lockdown has been lifted from multiple areas.

The Party chief said that the entire political system must help local residents get used to new habits and lifestyles in a 'new normal,' which is to live safely with the virus.

Measures and strategies for the 'new normal' state will be piloted in District 7 and Cu Chi District, where the pandemic has been put under control, after September 15, he added.

Ho Chi Minh City is now the largest COVID-19 epicenter in Vietnam, with over 258,000 local infections recorded since the fourth wave broke out on April 27.

The city has implemented social distancing measures at various levels since May 31.