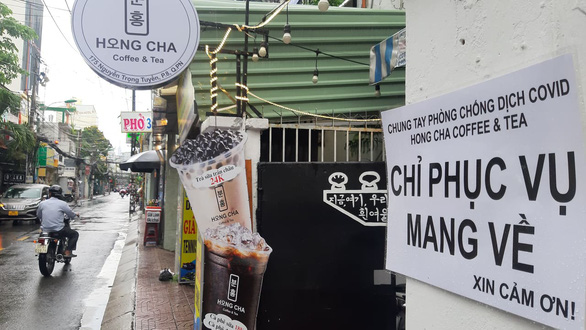 — Ho Chi Minh City has allowed dining businesses meeting safety regulations to resume takeout service only from 6:00 am to 6:00 pm every day.

— Local authorities in Binh Duong Province on Wednesday imposed a fine of VND7.5 million (US$330) on T.V.H., a COVID-19 patient who is being quarantined for treatment at a facility in Hiep An Ward, as he had created a fake Zalo account named 'Doctor Long' and sent a medical order to discharge all the patients at the venue.

— The Central Highlands province of Lam Dong has re-opened a number of local services including intraprovincial tourism, supermarkets and markets, barbershops, beauty parlors, and restaurants which must not serve more than 50 percent of their normal capacity at one time since 5:00 pm on Wednesday.

— The north-central city of Thanh Hoa will continue following social distancing measures under the prime minister's Directive No. 16 from now to September 15 to curb the spread of COVID-19.

— Bandotraicayvietnam.com, a project meant to systematize growing area data and build professional images for fruit trees in Vietnam, is being introduced at the 38th Macfrut Fruit Fair (Macfrut Fair 2021) in Rimini, Italy from September 7 to 9.

— 'Fishing in Mangrove Forest,' a photo taken by Vietnamese photographer Pham Trung Huy which captures a fisherman in a mangrove forest in the lagoon of Tam Giang in the central province of Thua Thien - Hue, has recently won first prize at the 2021 Drone Photo Awards’ People category.

— At least 10 people were killed when a fire broke out in a makeshift hospital for COVID-19 patients in the North Macedonian town of Tetovo, the country's health minister said on Wednesday, Reuters report.