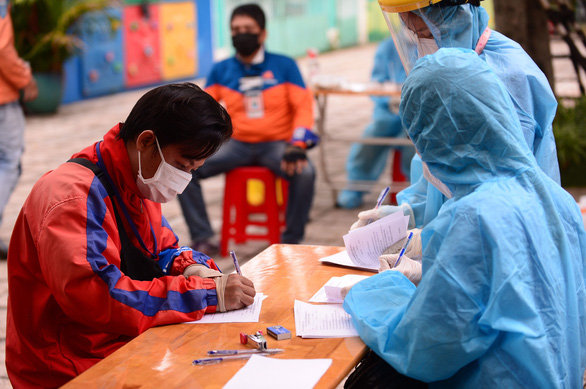 -- During a meeting with UNDP Vietnam's Deputy Resident Representative Patrick Haverman, VNMAC General Director Tran Trung Hoa said the country would receive US$25 million from South Korea given the Korea-Vietnam Mine Action Project to overcome the consequences of post-war bombs, mines.

-- Authorities in Ho Chi Minh City have launched an investigation after uncovering 9,600 cartons of COVID-19 treatment medication smuggled from China in District 8.

-- About 11,130 mooncakes suspected to be of substandard quality were seized when officials raided a facility in Hoai Duc District, Hanoi on Friday.

-- Doctors of Cho Ray Hospital in Ho Chi Minh City have successfully saved a man who was stabbed with a 50-centimeter long iron pipe from the front of his left thigh to the back of the buttock.

-- Authorities in the southern province of Soc Trang will provide financial relief for students and their parents by waiving the tuition fee until the end of 2021 at all K-12 facilities.

-- Britain's Prince Andrew has been served with a lawsuit by a woman accusing him of sexually assaulting and battering her two decades ago, when she asserts she was also being abused by the financier Jeffrey Epstein, according to Reuters on Friday.