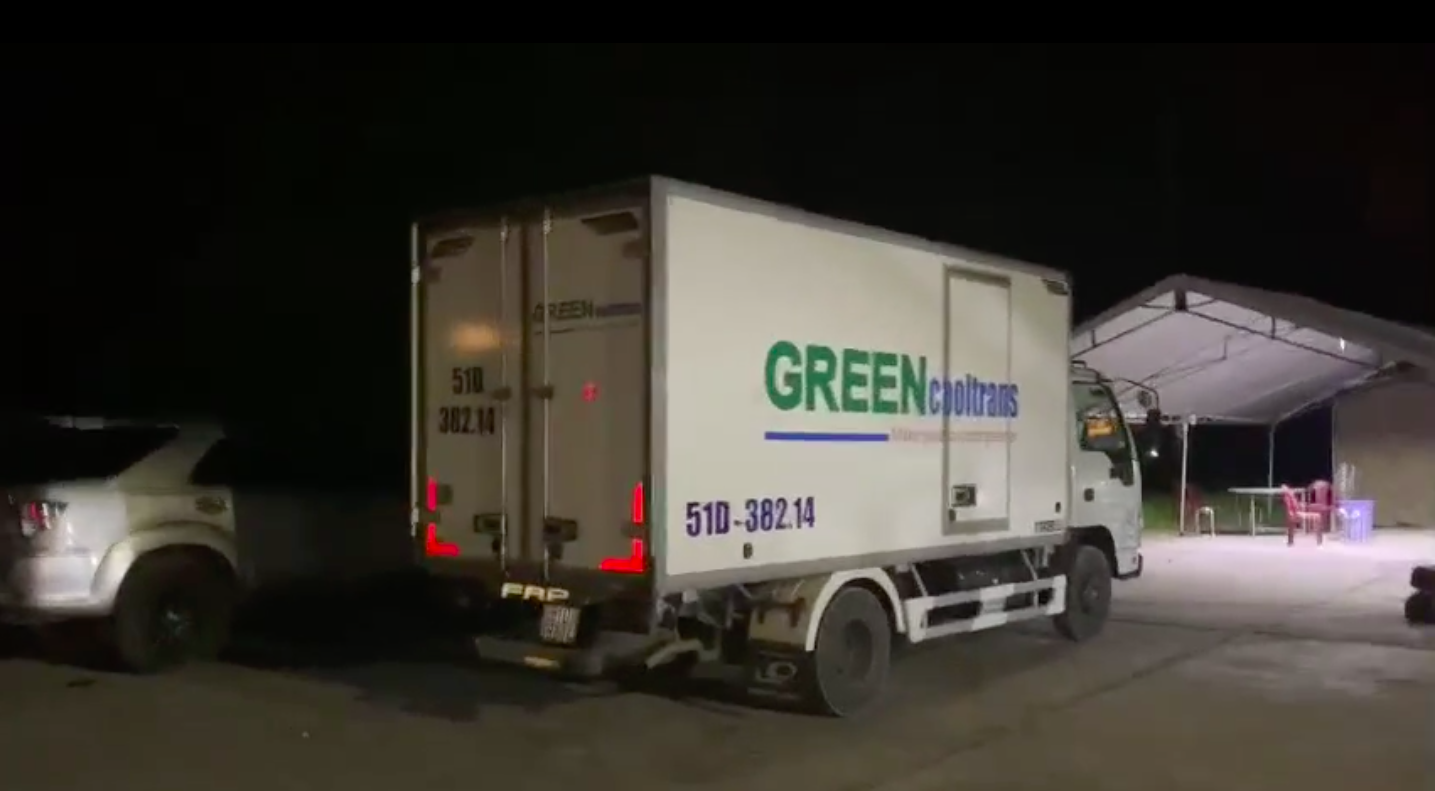 Police in Vietnam confirmed on Monday they had caught 15 people hiding inside a refrigerated truck in an attempt to dodge inspection at a local COVID-19 checkpoint.

A patrol team of the Ham Tan District police in Binh Thuan Province inspected the refrigerated truck numbered 51D-382.14 over suspicious signs while it was parked at a restaurant in Tan Duc Commune at around 10:00 pm on Sunday.

As driver Le Van Tuan’s responses to the functional force’s questions were conflicting, the officers requested the 39-year-old man hailing from Ham Thuan Nam District in the same province to open his refrigerated trailer and discovered 15 people and baggage inside.

The patrol team immediately escorted the refrigerated truck and the people in question to the Tan Duc COVID-19 checkpoint for further clarification.

At the checkpoint, all of the 15 people in the truck and driver Tuan presented a valid certificate of negative COVID-19 testing.

Tuan then confessed that he had made deals with some passenger bus operators to illegally transport the 15 people through COVID-19 checkpoints for VND700,000(US$31) per person.

Vu and Hung later admitted to carrying the 15 people in question from different localities.

The two men transferred their passengers to Tuan’s refrigerated truck at Long Khanh Bus Station in southern Dong Nai Province, which borders Binh Thuan, in the hope that the disguised vehicle could take the illegal travelers through checkpoints without attracting attention.

The truck successfully passed several roadblocks without undergoing inspection before being discovered in Tan Duc Commune.

The patrol team booked the case and transferred the report to traffic inspectors for administrative sanctions on all of the 18 people for their violations against the pandemic prevention and control regulations.

Car driver Hung was separately booked for failing to present a driver’s license upon the officers’ request and had his car seized for further investigation and handling.

Officers also turned all of the 18 people around in the direction back to Dong Nai Province, preventing them from coming further into Binh Thuan Province.

But Binh Thuan authorities later decided to send them to local quarantine centers, pending their cooperation with relevant provinces to bring the 15 passengers back to their hometowns.

Dong Nai has been placed under enhanced social distancing according to the prime minister’s Directive No. 16 until Wednesday, while Ham Tan District in Binh Thuan Province has applied the less stringent Directive No. 15 for COVID -19 prevention purposes, with commercial passenger transport services between them suspended.

Dong Nai is currently the third hardest-hit locality in Vietnam since the emergence of a new coronavirus infection wave on April 27, with 35,584 local cases, after Ho Chi Minh City with 303,475 and Binh Duong Province with 160,669.