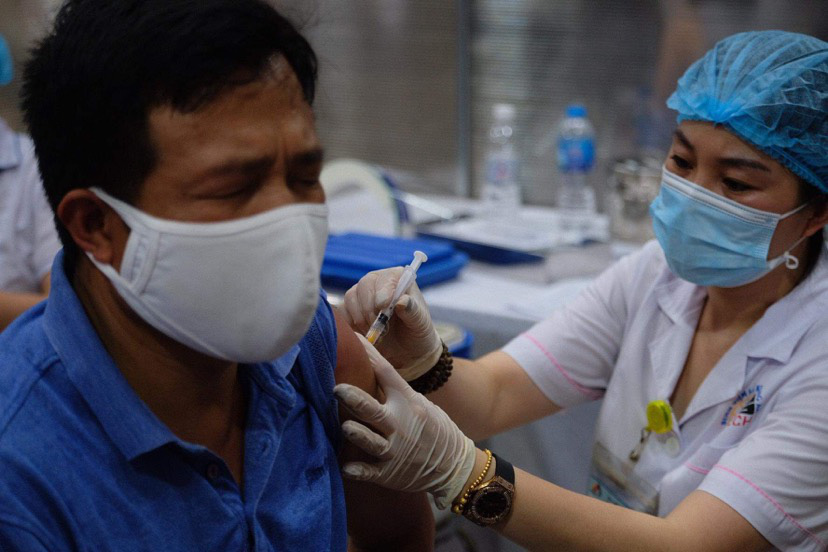 The Ho Chi Minh City Department of Health has asked the Ministry of Health for permission to shorten the gap between two doses of AstraZeneca COVID-19 vaccine to six weeks, down from eight to 12 weeks as recommended, in order to expedite inoculation.

The proposal was made amidst the complicated development of the COVID-19 pandemic in Ho Chi Minh City, which is the hardest-hit locality in Vietnam with 303,475 local infections, accounting for half of the country’s caseload recorded since the emergence of a new bout on April 27.

The city with over 7.2 million adults has administered more than 7.7 million COVID-19 vaccine doses to its people, with the numbers of the first and second shots respectively topping 6.4 million and 1.3 million as of Saturday.

While understanding the need to speed up vaccination in the southern city, Tan attached great importance to sticking to the instructions given by the manufacturer and the health ministry.

The AstraZeneca vaccine manufacturer originally advised a pause of four to 12 weeks between its doses, according to an expert of Vietnam’s Expanded Program on Immunization (EPI).

The manufacturer then increased the recommended minimal interval to eight weeks, explaining that the longer gap, the better immune response.

Currently, the Vietnamese Ministry of Health has authorized the emergency use of seven COVID-19 vaccines, five of which have been administered to people.

In comparison to the AstraZeneca vaccine, all other six vaccines require a shorter interval of four weeks between two shots.

Vietnam has confirmed 620,165 community transmissions in 62 out of its 63 provinces and cities in the current wave and a total of 624,547 patients since the COVID-19 pandemic first emerged early last year.

Health workers have given around 29.2 million vaccine doses to citizens, including 1,066,948 shots on Sunday, since inoculation was rolled out on March 8.

More than 5.3 million people have been fully vaccinated.