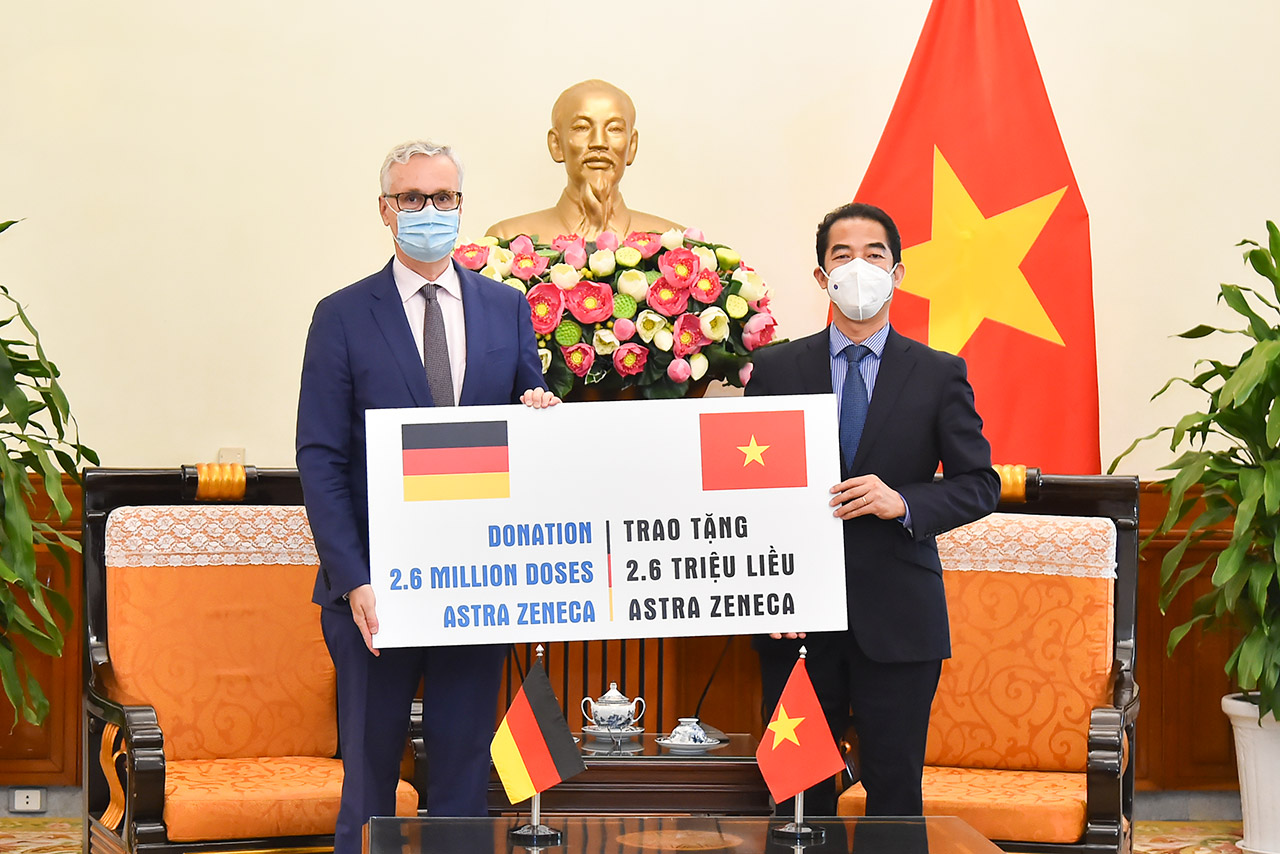 Vietnam’s Ministry of Foreign Affairs received 2.6 million doses of the AstraZeneca COVID-19 vaccine donated by the German government at a ceremony on Monday.

The ministry’s reception ceremony in Hanoi on Monday was symbolic as the shipment had arrived at Tan Son Nhat International Airport in Ho Chi Minh City a day before.

The donation comes from German stockpiles and follows an offer made by German Chancellor Angela Merkel to Vietnamese Prime Minister Pham Minh Chinh.

This is the second delivery of vaccines to Vietnam from Germany within two weeks.

Together with the COVAX shipment of 852,480 AstraZeneca vaccine shots on September 16, Germany’s donation to Vietnam now totals 3.45 million doses of vaccine.

“This support is an expression of our solidarity with the people of Vietnam,” said Germany Ambassador to Vietnam Guido Hildner.

“It also underscores our commitment to the strategic partnership with Vietnam, whose tenth anniversary we are celebrating this year.

“Germany stands with Vietnam in fighting and overcoming the COVID-19 pandemic.”

In addition to vaccine donation, Germany and Vietnam have been working closely in disease prevention.

In early 2020, the Vietnamese government supported Germany with more than 100,000 masks.

In the summer of 2021, a number of German states gave Vietnam a total of one million antigen rapid test kits as well as masks, protective clothing and specialized refrigerators.

It was also announced that Germany and Vietnam are cooperating in activities worth up to 104 million euros (US$121.65 million) in the areas of technical and vocational training, pandemic prevention, social security and digitalization.

These include the establishment of a center for pandemic prevention together with the Vietnamese Ministry of Health and the provision of advisory services to combat illegal wildlife trade.

To date, Vietnam has received 54 million doses through the COVAX Facility, foreign government aid, and purchase contract, of which 39,232,772 have been administered, with nearly 8.3 million fully vaccinated people, according to the Vietnam Government Portal.