Police in Vietnam have arrested a man after he sneaked back into his home country from Laos and allegedly infected eight people with COVID-19 while dodging quarantine.

Local police received a notification of T.’s dodging quarantine and evading medical declaration on September 25, when he had returned to his hometown in Cam Lo District after spending time working in Laos.

When confronted by police officers on that day, T. denied the allegations and refused to fulfill his medical declaration.

However, his subsequent COVID-19 test came out positive, which led to the detection of eight other infections and 117 at-risk individuals linked to him as of September 30.

Functional forces are continuing investigation to find out other accomplices in T.’s illegal entrance.

“T.’s wrongdoing has been made clear, but the indictment process can be started later as the defendant is still in treatment for COVID-19,” Dong said.

Quang Tri has recorded 245 COVID-19 cases since a new wave of infections began in Vietnam on April 27. 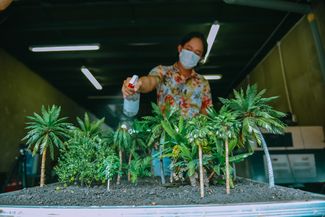