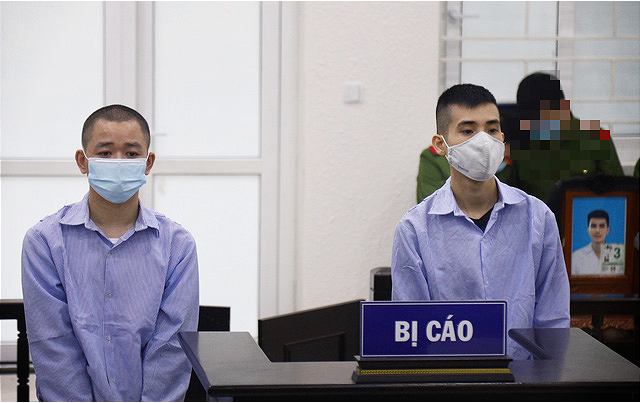 A Hanoi man has been sentenced to 20 years in jail for stabbing another man to death over a conflict that broke out at a local beer parlor last year.

The municipal People’s Court on Monday conducted the trial of Nguyen Van Tinh, 25, who hails from the northern province of Thai Binh.

Tinh was condemned to 20 years behind bars for murder and required to pay VND399 million (US$17,600) to the victim’s family.

At the trial, Do Duc Thanh, 24, was jailed for two years for assault.

The indictment showed that Tinh was drinking with his friends at a beer parlor in Hoai Duc District, Hanoi at around 3:00 am on August 3, 2020.

Another group including 25-year-old N.D.H., Thanh, and some other men were also drinking at the venue at the time.

H.’s group later invited Tinh to their table and shared some drinks. Tinh then said some things that upset H..

After H. reacted to Tinh’s comments, the latter apologized and returned to his table.

However, H. and Thanh followed Tinh and started hitting him.

Tinh fought back, resulting in an intense confrontation between the three despite the intervention of their friends.

Tinh eventually grabbed a knife in the kitchen and stabbed H. to death.

He attempted to stab Thanh but the latter blocked the attack with a table, causing Tinh to drop his knife.

Thanh took the weapon and stabbed Tinh once, before Tinh ran away.

Tinh turned himself in on the following day, while Thanh ran away and was arrested on May 2.