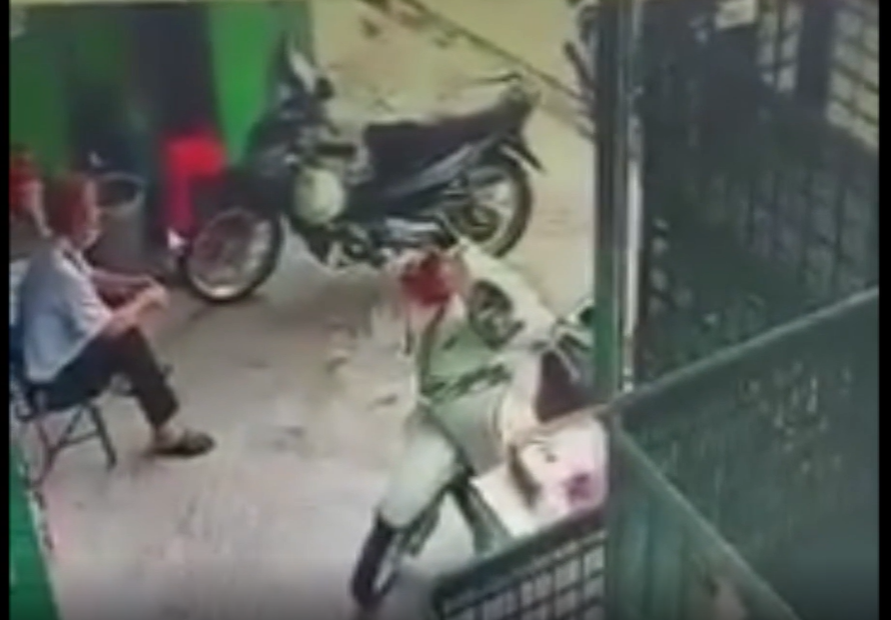 Police in Ho Chi Minh City are investigating a case where a man pretended to suffer a heatstroke to distract the security guard of a local food store, enabling his accessory to steal a customer’s motorbike.

Preliminary information indicated that N.C.D., a 65-year-old security guard, was on duty when a motorcyclist stopped in front of the venue.

The man said he had a sunstroke before giving D. VND4,000 (US$0.18) and asking the security guard to help him buy a bottle of water.

As D. was inside, another man approached and quickly took a customer’s motorbike that was parked in front of the store.

As the key was still on the vehicle, the thief easily got away.

The man with a feigned sunstroke also left on his motorbike.

The incident was caught on the store’s CCTV.

The owner said her motorbike costs about VND60 million ($2,600), adding that her ID and some other documents were inside the trunk.