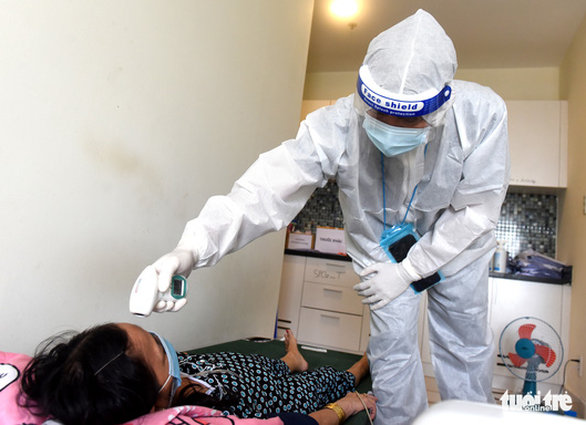 The Ministry of Health confirmed 7,106 additional coronavirus cases on Wednesday, along with 8,869 recoveries and 78 fatalities.

The latest cases, including 17 imported and 7,089 local transmissions, were logged in 58 provinces and cities, the health ministry said, adding that 2,766 patients were detected in the community.

The country has registered 934,583 community transmissions in 62 out of its 63 provinces and cities since the fourth virus wave emerged on April 27, 830,858 of them having recovered from the respiratory disease.

The health ministry announced 8,869 recoveries on Wednesday, taking the total to 833,675.

The toll has climbed to 22,283 deaths after the ministry recorded 78 fatalities on the same day, including 40 in Ho Chi Minh City and 13 in Binh Duong Province.

Health workers have administered over 84 million vaccine doses, including 972,790 shots on Tuesday, since inoculation was rolled out on March 8.

More than 25.6 million people have been fully immunized.