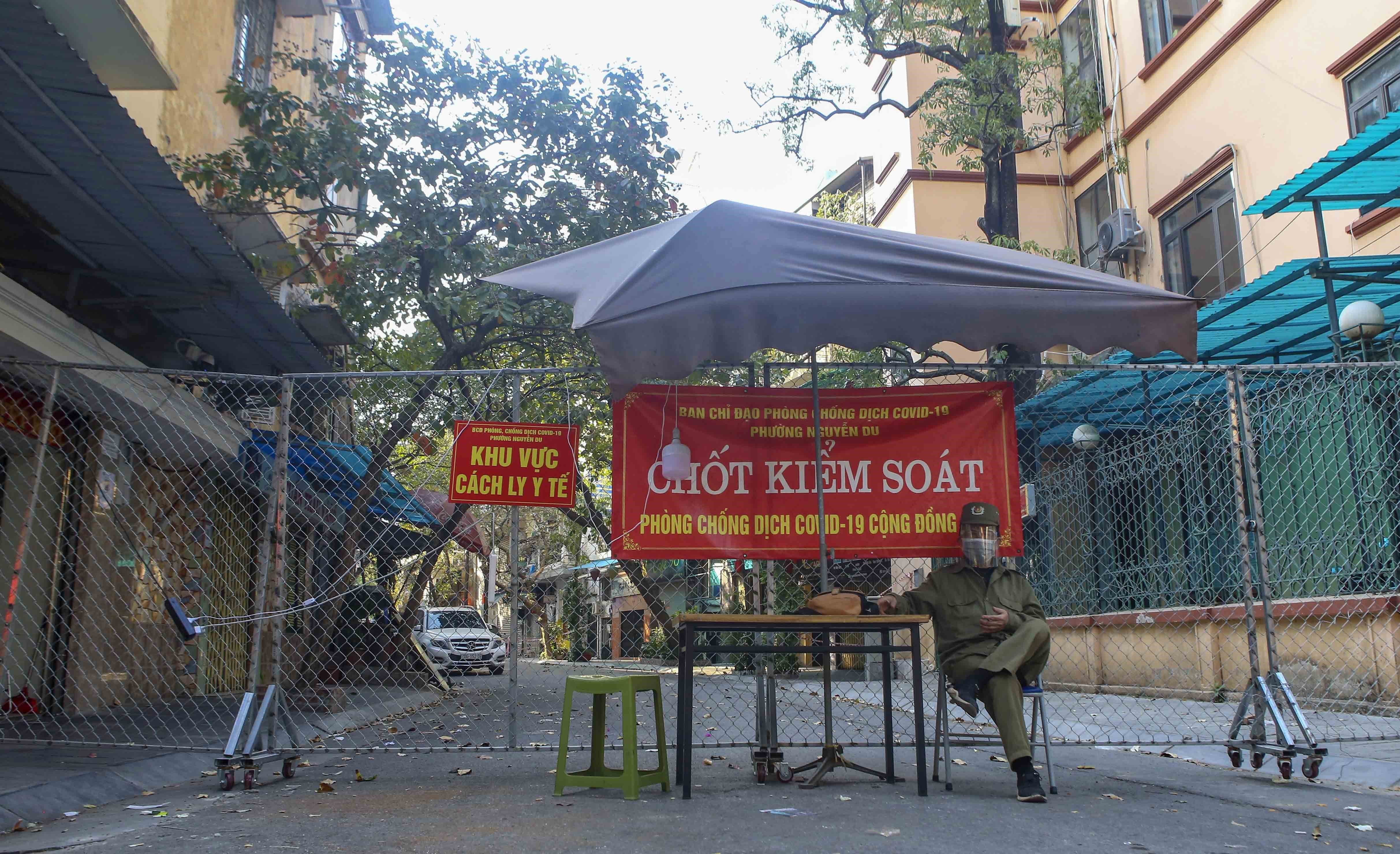 Barriers were erected on many alleys and streets across Hanoi to zone off areas at high risk of COVID-19 transmission on Sunday afternoon after the Ministry of Health had added 455 new infections to the city’s daily count the previous day.

It has been over two months since such barriers were last seen in the Vietnamese capital.

Hanoi had imposed strict social distancing regulations in all districts during July and August, when district- and ward-level authorities set up checkpoints and barricades on streets and alleys in a bid to curb the spread of COVID-19.

The authorities gradually removed the blockades in the second half of September, when social distancing regulations were downgraded in line with a drop in daily infection cases.

Hanoi has documented more than 13,000 COVID-19 infections since the fourth virus wave hit Vietnam on April 27.

Friday also saw the city’s highest daily count since the beginning of the fourth wave, raising the alarm about new complications in the development of the pandemic.

Over 6.6 million out of eight million people of the city have received at least one COVID-19 vaccine shot, with more than 5.5 million of them fully vaccinated, according to the national COVID-19 vaccination portal.

Below are photos of barriers brought back to streets and alleys across Hanoi on Sunday afternoon taken by the Vietnam News Agency: