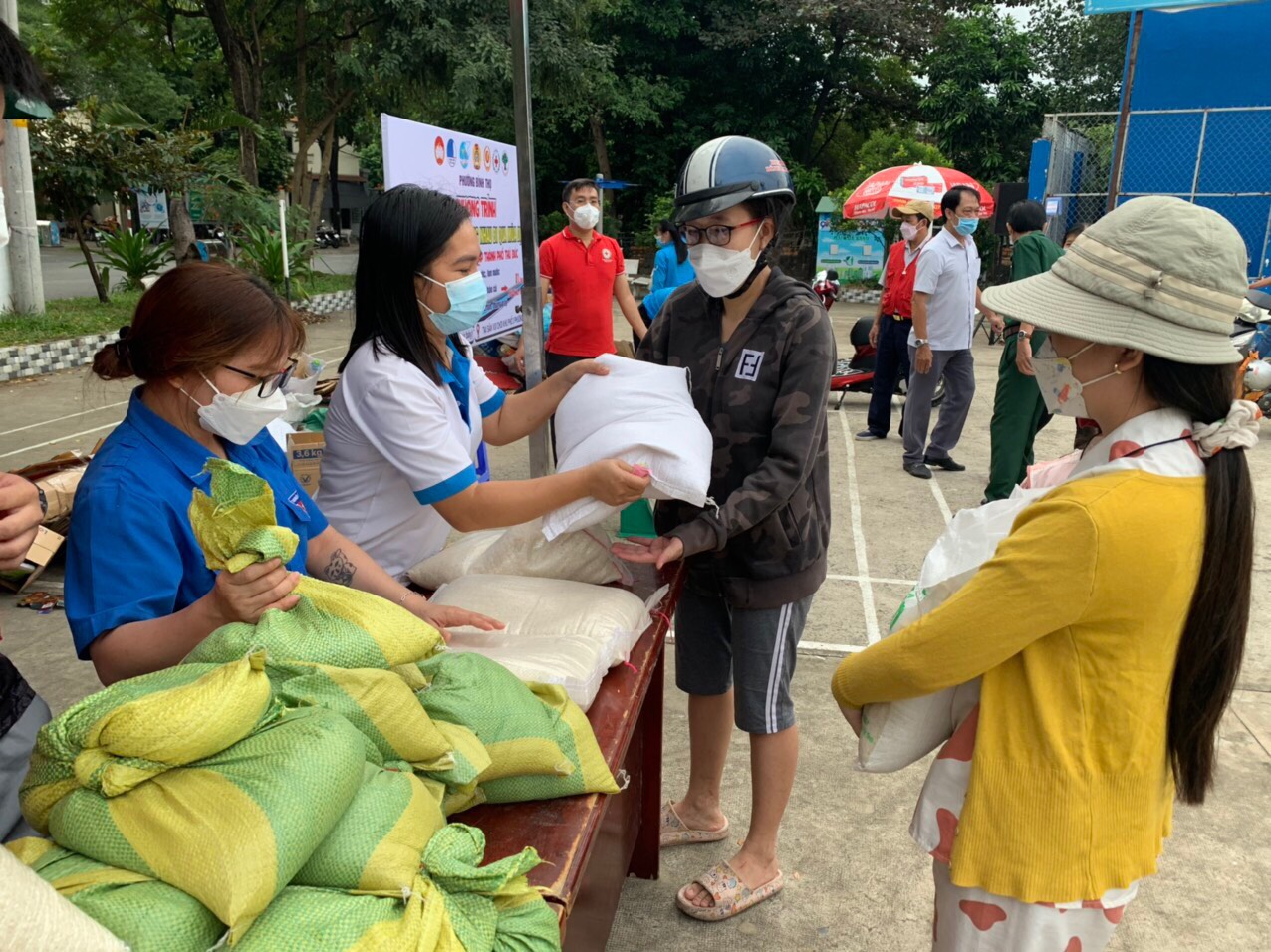 The People’s Committee in Binh Tho Ward, Thu Duc City on Saturday organized an activity where local residents were allowed to receive a kilogram of rice in exchange for one kilogram of recyclable materials.

The event began at 7:00 am and attracted a lot of adults and children.

The organizing board was able to collect about one metric ton of recyclables at the end of the day, said Le Huu Nghi, chairman of the People’s Committee in Binh Tho Ward.

This is the second time such an activity has taken place in Binh Tho Ward.

The local administration previously organized the activity for the first time in November.

It is aimed at raising local residents’ awareness of environmental protection and garbage classification.

The recyclable materials will be sold to the city’s urban environment unit, chairman Nghi stated, adding that the money from this drive will be added to the ward’s fund for the poor in order to take care of needy residents during the coming Lunar New Year festival.

On the same day, the Binh Tho Ward People’s Committee also operated multiple ‘zero-VND clothing stalls,’ allowing locals to pick the clothes they like without having to pay any fee.