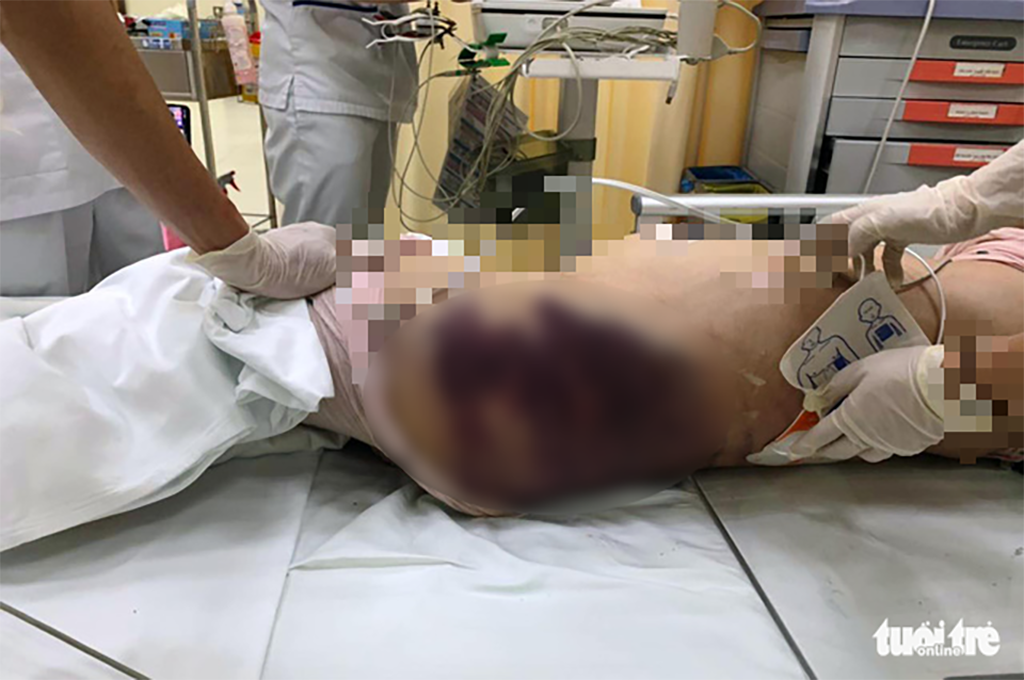 Police in Ho Chi Minh City announced on Saturday the arrest of a 26-year-old woman in Binh Thanh District for assaulting her fiancé’s eight-year-old daughter to death.

V.N.Q.Tr., who hailed from the Central Highlands province of Gia Lai and was living in an apartment in Binh Thanh District, was arrested on Thursday following a hospital report on the unusual death of N.T.V.A. at around 7:45 pm on Wednesday.

A. was taken to the hospital in a coma, accompanied by a cardiac arrest and apnea, and was determined dead before her hospitalization, according to doctors.

The results of A.’s body examination, which showed that the girl had suffered large bruises and wounds on her body, in addition to an old, sutured wound on her face, prompted functional forces to suspect that the victim had been beaten to death.

By professional measures, police officers determined that Tr. had hit A. to death and urgently arrested the woman for further investigation.

According to a source, A. and her 36-year-old father, Th., both of whom were residents of District 1, were staying with Tr. at the apartment in Binh Thanh District before the incident.

Tr. is said to have been engaged to Th.

Some of their neighbors said that they had heard A.’s scream together with sounds of her being beaten on Wednesday afternoon like many times before.

“At the place where the girl stayed, which is believed to be the scene of her tragic death, functional forces collected many heartbreaking proofs such as a broken mop, on which the girl’s hair was stuck,” the source told Tuoi Tre (Youth) newspaper.

“There was also a long list of daily chores the eight-year-old child was made to do.”

A.’s relatives took her body to Phuoc Lac Vien Crematorium in the neighboring province of Binh Duong for her funeral on Saturday morning.