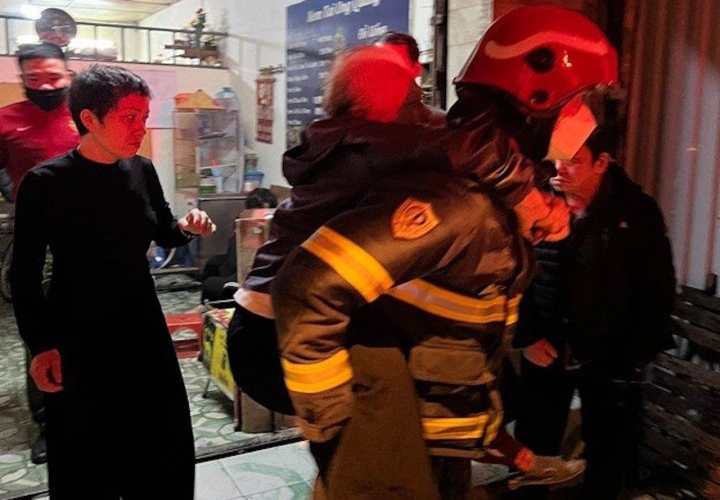 House fire kills one in Hanoi

A fire broke out at a house on Bat Dan Street in Hoan Kiem District, Hanoi on early Saturday morning, killing a 40-year-old woman inside, according to local firefighters.

A Hanoi police hotline received a report on the house fire down an alley on that street, located in the old quarter, at 4:06 am on the day.

Two fire engines, a command vehicle, and 12 firefighters and police officers were then dispatched to the scene.

The firefighters rescued six people stuck in the burning house to safety by 4:10 am, before extinguishing the blaze at 4:15 am.

The fire ignited inside a five-square-meter storage room for unused utensils on the first floor of the two-story house, according to the police.

It killed a 40-year-old woman, who had just moved in two days ago.

Functional forces are investigating the cause of the blaze as per an order by Hanoi chairman Chu Ngoc Anh.