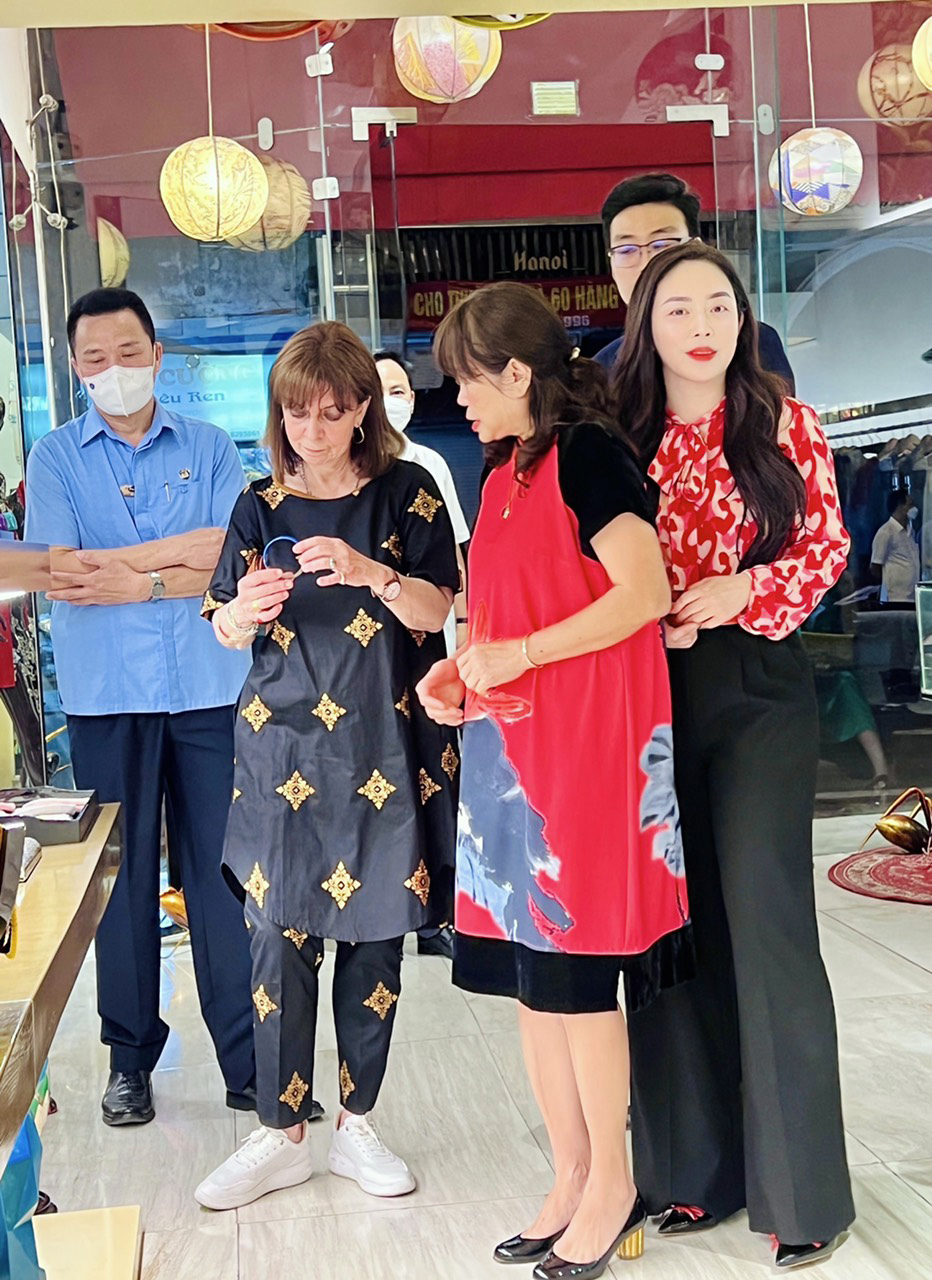 President of Greece Katerina Sakellaropoulou visited the famous Old Quarter in Hanoi and bought local souvenirs on Tuesday evening, as part of her ongoing official visit to Vietnam from May 15 to 19.

Vehicles were banned from Hang Gai Street and nearby roads in the Old Quarter during this period, while police officers were mobilized to ensure order and safety.

After taking a stroll along Hang Gai Street, President Sakellaropoulou entered a shop selling traditional products and purchased some souvenirs including embroidered bags and lacquer trays.

The Greek leader was scheduled to leave Hanoi on Wednesday morning and visit Ho Chi Minh City until Thursday.

She also attended a tea party hosted by Vice-State President Vo Thi Anh Xuan in the capital city on the same day and visited Ha Long Bay, a popular tourist destination in northern Quang Ninh Province that was recognized by UNESCO as a World Natural Heritage Site, on Tuesday.