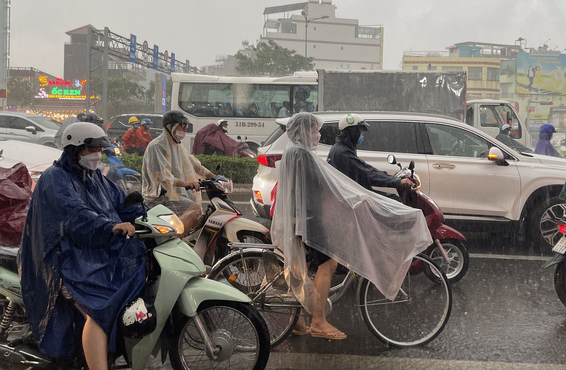 Rains in northern and southern Vietnam are expected to decrease in intensity but will persist until the end of the month, while hot weather has begun to affect the central region.

Rainfall in northern provinces will drop to between 20 and 50 millimeters on Wednesday, according to the National Center for Hydro-meteorological Forecasting.

Showers and thunderstorms are forecast to continue dampening the region over the next days.

It will be more likely to rain in the evening, the center added.

Localities in southern Vietnam and the Central Highlands will also experience similar weather patterns from May 25 to 29.

The rains may be accompanied by thunderstorms, gusts, and hail, and pose risks of flash floods, landslides, and flooding in certain areas.

Meanwhile, hot weather has already appeared in some areas in central Vietnam.

Showers will still be recorded in the localities from central Da Nang to south-central Binh Thuan Province on Wednesday evening.

In the remaining months of 2022, the East Vietnam Sea is expected to be hit by about 10 to 12 storms, the National Center for Hydro-meteorological Forecasting stated.

Among them, about five to seven will directly affect weather conditions on the mainland.

Storms may be more powerful and occur more frequently in the final months of the year.