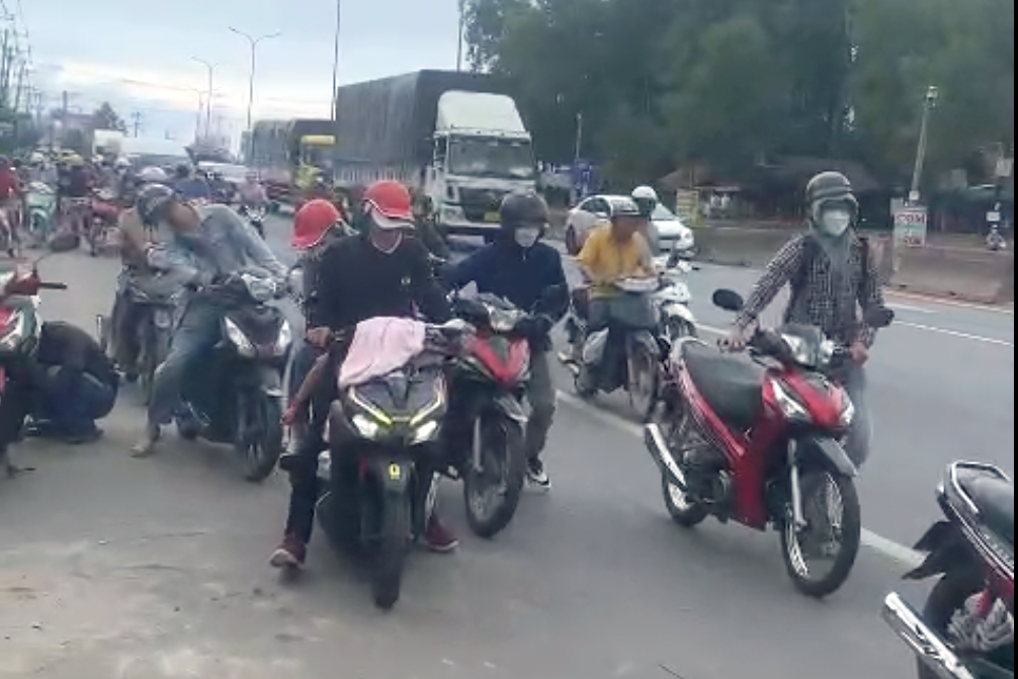 Dozens of motorbikes and cars had their tires punctured by metal debris believed to have fallen off a vehicle carrying scrap materials on National Highway No. 51 in the southern Vietnamese province of Dong Nai on Monday afternoon.

“Many motorbikes and cars had their tires punctured by metal objects on this road section this afternoon,” the owner of a noodle stall along National Highway No. 51 in Dong Nai’s Bien Hoa City told Tuoi Tre (Youth) newspaper.

“People had to slow their vehicles down so that no accidents happened."

For some vehicles, the metal objects only snapped their tires but did not flatten them, allowing them to continue their journey after the objects were removed, according to Minh Khang, the owner of a local vehicle repair shop.

Bien Hoa-Vung Tau Expressway Investment and Development JSC (BVEC), the developer of National Highway No. 51, dispatched staff to the road section in question to clear the metal objects shortly after.

The metal objects collected are mainly industrial nails, which were likely to have fallen off a truck carrying scrap materials, according to BVEC.

It used to be common for vehicles to have flat tires caused by sharp metal objects believed to be purposely scattered by repair shop owners along National Highway No. 51 to puncture tires and force drivers to use their services at extortionate prices.

The long-standing problem was gradually addressed after local authorities carried out routine patrols.