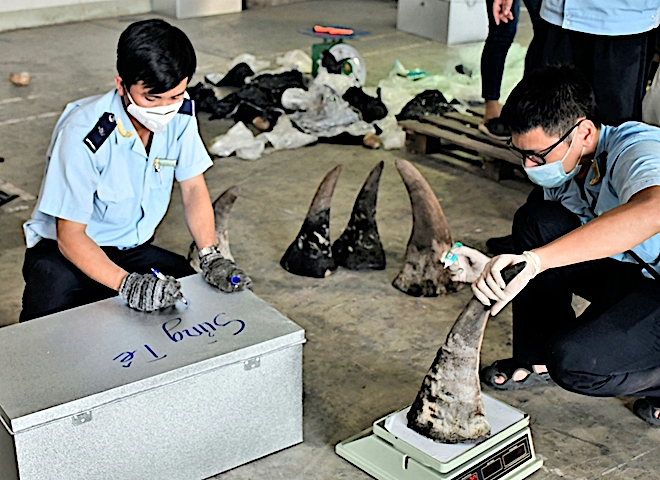 Police in Da Nang, central Vietnam have arrested a man for allegedly running several shell companies which smuggled wildlife parts, such as ivory, lion bones, and rhino horns, from Africa to Vietnam.

The municipal Department of Public Security confirmed on Wednesday that they had detained Nguyen Duc Tai, 33, on charges of violating regulations on the protection of endangered and rare animals.

A probe later revealed that he and his subordinates had used personal information from several people, including deceased individuals, to set up shell companies with fake headquarters.

Under the cover of these firms, Tai and his racket managed to smuggle wildlife parts from Africa to Tien Sa Seaport in Da Nang.

The consignee was a shell company registered to an address in Cam Le District.

In early 2022, officers examined a shipping container of cashew nuts imported from Nigeria and found over 456 kilograms of ivory together with more than 6,232 kilograms of pangolin scales.

The consignee was another shell company in Da Nang.

Investigators eventually identified Tai as the person behind the illegal operation.