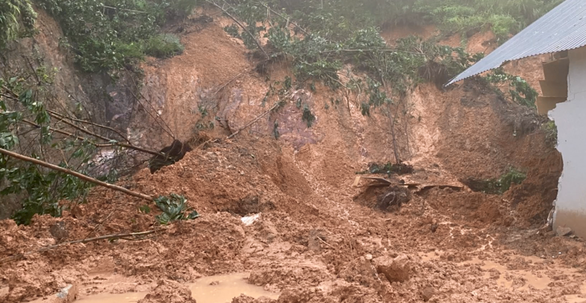 The World Meteorological Organization (WMO) and the Vietnam Meteorological and Hydrological Administration (VNMHA) held a conference on the same day to announce the SEAFFGS operation.

The project aims to provide forecasts and early warnings for member countries in Southeast Asia, including Vietnam, Laos, Cambodia, and Thailand, with a fund of US$1.3 million from the Canadian government.

The SEAFFGS uses a new and modern technology model, designed by the WMO, with the participation of countries such as the United States, Canada, and Southeast Asian states.

It is the first flash flood warning system that uses extremely-short forecast data and integrates many different data sources from Southeast Asian countries.

In the system, Vietnam provides and shares data from 10 radars, 1,500 automatic rain-observing stations, administrative maps of districts and communes, and ultra-short forecast products to forecast rainfall for countries in the region.

In addition, the SEAFFGS was integrated with a landslide warning module in March.

“This is an extremely important function to warn of one of the disasters that often occur in the mountains and midlands of Southeast Asian countries, which are located in the monsoon tropics climate zone,” general director of the VNMHA Tran Hong Thai said during the conference.

Hwirin Kim, head of the WMO’s Hydrological and Water Resources Service Division, stressed that Southeast Asia is a region heavily affected by flash floods and landslides in the rainy season.

The WMO selected Vietnam as the host of the SEAFFGS with an aim to help the region better forecast flash floods and landslides, thereby minimizing the harmful effects of these disasters, Kim noted.

So Im Monichot, deputy director of the Cambodian Meteorological Agency, said the system is believed to be very important for warning flash floods and landslides in Cambodia.