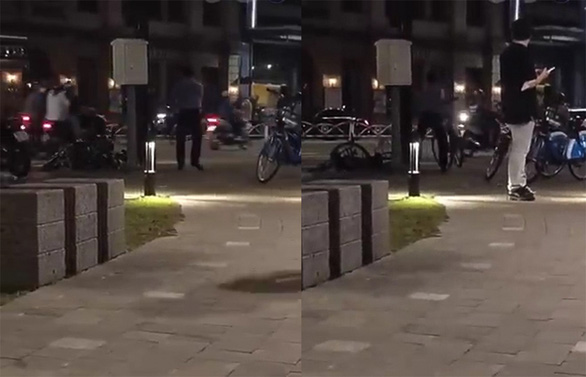 A security guard was suspended on Wednesday night after a video circulated online showing him throwing at least three public bicycles used for sharing services on a street in Ho Chi Minh City.

The firm said P. was working at Bach Dang Wharf Park at 11:00 pm on Tuesday when the incident took place.

Vehicles are not permitted to stop or be parked on the park sidewalk after 10:00 pm but there were still three bicycles parked there at the time, violating the park regulations.

P. requested three times over the loudspeaker that the bicycles be moved to a different location, but there was no response.

He then threw the bikes on the street.

On Wednesday morning, a video surfaced online of a man in a security guard uniform throwing three public bicycles that had been left at Bach Dang Wharf Park onto the street.

Netizens were taken aback by his act and curious about his motive.

A spokesperson of Tri Nam Group JSC, told Tuoi Tre (Youth) newspaper later the same day that the company was coordinating with local authorities and police in investigating the incident.