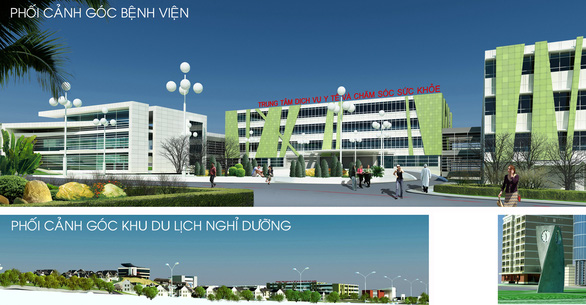 Authorities in the northern Vietnamese province of Vinh Phuc have decided to cancel a medical project with an investment of US$125 million in Tam Dao District over its little-to-no progress after nearly ten years.

The provincial Department of Natural Resources and Environment has ordered a recall of a 20-hectare land plot in Hop Chau Town, Tam Dao that was originally zoned for building the project.

The provincial People’s Committee granted the investment certificate to Health Care Services Investment Co. Ltd. for developing the structure, which is designed to include a general hospital, a complex for convalescence, health services, and leisure activities, as well as a nursing school, on December 31, 2010.

The investor began construction in September 2013.

However, the project now remains grassland.

The inspection results issued by the provincial inspectors on April 15 showed that Health Care Services Investment Co. Ltd. failed to carry out the project as per the schedule they committed.

Therefore, the inspectors proposed the revocation of the land use approval, which the provincial administration ratified on May 18.