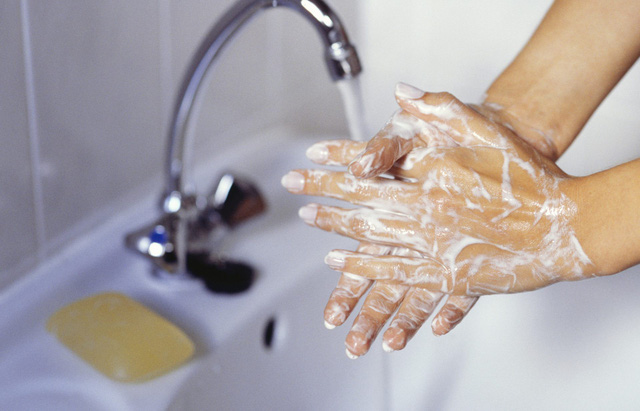 A restaurant in Hanoi that was recently fined because a staff member had long fingernails explained that the individual in question is actually a staff’s friend who happened to be in the kitchen when the inspectors arrived.

Khiem Restaurant, located on Hoa Ma Street in Hai Ba Trung District, was fined VND2 million (US$85) for having an employee who directly processed food without cutting her nails short.

The facility was in the list of 32 food and beverage establishments in Hai Ba Trung District that violated food safety regulations between June 16 and July 30.

The list was signed by deputy head of the district’s health office Ngo Lan Huong.

Some common violations include failure to store food samples, lacking food safety certificate, failure to wear gloves when in direct contact with food, and not covering food properly.

Duong Van Khiem, owner of Khiem Restaurant, told Tuoi Tre (Youth) newspaper on Friday morning that the person in question is not an employee of the venue.

“She is a friend of an employee who works in the restaurant’s kitchen,” Khiem explained.

While in between jobs, she came to the restaurant and hung around with her friend in the kitchen.

“She was helping her friend cut carrot flowers when a group of inspectors arrived to examine the facility.”

As the woman’s nails were not cut short, the restaurant was booked for the violation even though the owner had tried to explain it.

The officials stated that people who are not on duty are not allowed to enter the kitchen, according to Khiem.

The owner affirmed that his restaurant has legitimate business license and food safety certificate, and requires all employees to wear gloves when processing food.