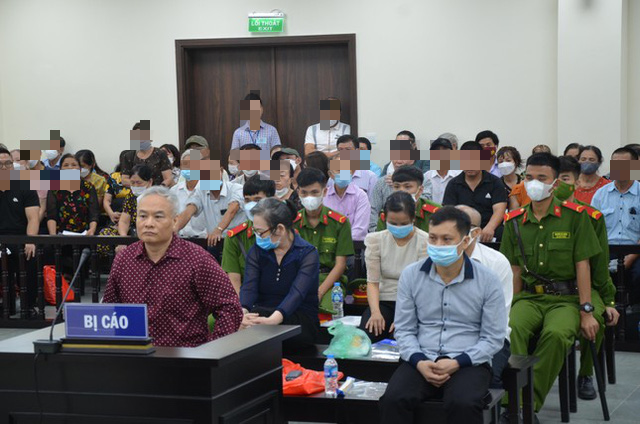 The former president of a support center for poor people in Vietnam was sentenced to life in prison for scamming more than 1,000 victims and appropriating over VND49 billion (US$2 million).

The Hanoi People’s Court concluded an eight-day trial on Tuesday and sentenced Tran Duc Trung, 61, former chairman of the member council of a local support center for the poor, to life in prison for fraud and property appropriation.

Four of Trung’s accomplices were condemned to between six and nine years in jail for similar offenses.

The indictment showed that the support center was established in 2013 but did not have a legitimate license or any revenue generating activities.

In April 2015, the defendants organized a program named ‘Heart of Vietnam,’ tricking participants into depositing their money and promising support with high interest rates.

To build trust, the defendants held campaigns and seminars and even managed to obtain signatures of support from some senior officials.

They gave false information about the center's capital and promised participants that they would receive financial support within a certain period of time according to the center’s policy.

The center tasked six groups of employees with providing consulting for participants at 26 locations and managed to collect about VND148 billion ($6.3 million) from more than 1,000 people.

The defendants then used the participants’ own deposit to pay interest on other accounts.

With this scheme, the five pocketed a total of over VND49 billion ($2 million), with Trung appropriating about VND26.3 ($1.1 million).

Aside from the prison terms, the defendants were required to return more than VND38 billion ($1.6 million) worth of compensation to the victims.