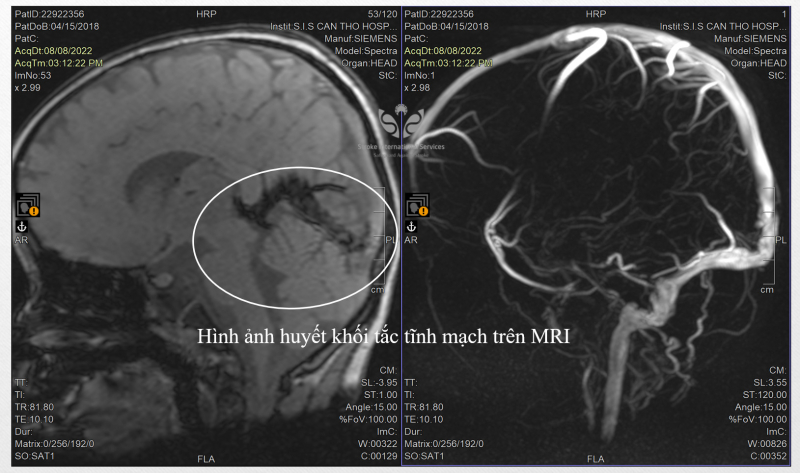 Doctors in Vietnam’s Mekong Delta have successfully saved a four-year-old boy who had a stroke due to cerebral venous thrombosis, the Vietnam News Agency reported.

Four-year-old V.T.L. from the Mekong Delta province of Dong Thap was taken to a local hospital in late July with symptoms including a fever, vomiting, and diarrhea.

As his condition turned critical, L. was transferred to Can Tho Stroke International Services in the namesake city in the Mekong Delta region.

Doctors diagnosed him with a very severe form cerebral venous thrombosis, which posed an extremely high risk of death due to the patient’s young age.

His medical record showed that he had caught COVID-19 in January.

Following an urgent consultation, doctors decided to carry out an endovascular intervention to remove the thrombus on August 8.

The young patient has been recovering well following the treatment and does not suffer from any serious sequelae.

Dr. Dao Nhat Huy, who treated the young boy, said that cerebral venous thrombosis is a rare condition that often occurs in women due to problems related to their pregnancy, postpartum state, or use of oral contraceptives.

The most common treatment methods are anticoagulants, mechanical ventilation, and anti-epileptic drugs.

However, most patients die if there is no intervention to remove the thrombus, Dr. Huy elaborated.

Dr. Tran Chi Cuong, professional director of Can Tho Stroke International Services, said that he had only recorded two cases of severe cerebral venous thrombosis each year in his 15 years of experience.

Following the COVID-19 pandemic, there has been a significant increase in the number of patients with intracranial venous thrombosis, regardless of age and gender, in Vietnam and the world, Cuong continued.

COVID-19 infections often cause an over-activation of the immune system, and increased inflammatory response, resulting in a higher risk of developing blood clots.

People need to watch out for stroke symptoms such as blurred vision, nausea and vomiting, severe headache, slurred speech, hemiplegia, exhaustion, loss of consciousness, and convulsions.

In these cases, patients need to be transferred to a highly qualified medical facility as soon as possible so that they can receive treatment in the ‘golden hour,’ which increases the chances of survival as well as minimizes sequelae.