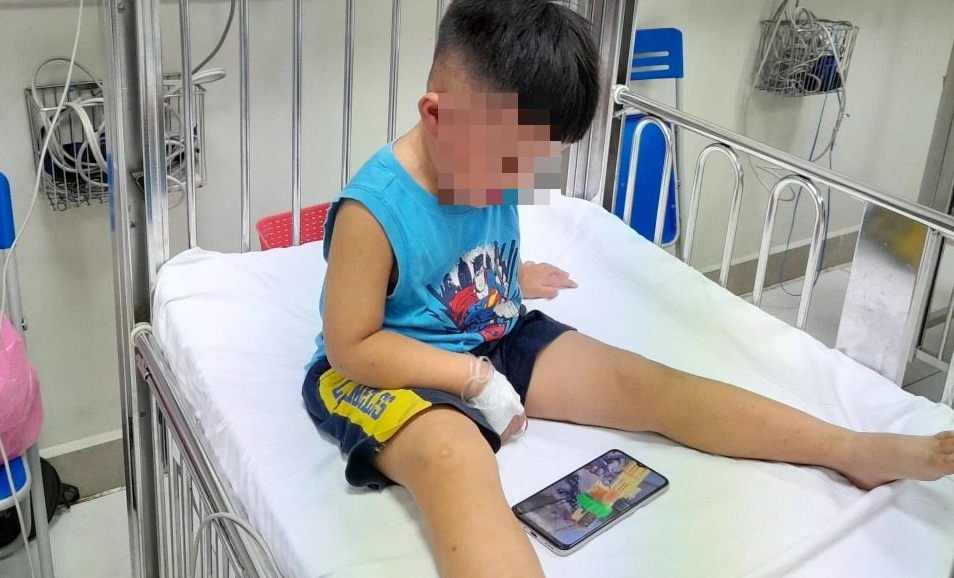 Police in Ha Nam Province, northern Vietnam on Sunday arrested a man who allegedly beat a three-year-old boy and locked him in a freezer for several hours.

Officers under the provincial Department of Public Security confirmed they had apprehended Nguyen Truong Giang, 25, on murder charges.

Preliminary information showed that three-year-old N.H.D. went to Giang’s milk tea shop next to his house at around 3:20 pm on Saturday.

There were no customers at the time, while Giang was washing the glasses and cleaning up the venue.

D. drank some milk tea from a glass on a table, ate cookies from the counter, and kept asking Giang to play with him.

Giang became infuriated and hit the boy’s head with a metal object that he often uses to smash ice, causing the victim to fall on the floor.

As Giang could not stop D. from crying, he covered the boy’s mouth and pinned him to the floor for about a minute.

Giang then let go of D., but the boy started screaming for help again.

The man decided to strangle D.’s neck with a string and knocked the boy unconscious by slamming his head into the floor.

Giang then put D. in a cardboard box, locked him in a freezer, and left the shop at around 4:15 pm.

Noticing that D. was missing, family members checked the CCTV and discovered that the boy had entered Giang’s milk tea shop.

With the help of some neighbors, they managed to break open the door of the shop and eventually found the boy inside the freezer at around 5:50 pm.

D. was rushed to a nearby clinic for emergency treatment before being transferred to Vietnam National Children's Hospital in Hanoi on the same day.

He suffered respiratory failure, hypothermia, and injuries to his head and neck, according to doctors at the infirmary.

The boy is now in stable condition, but his head is still swelling while the wounds on his face and neck have not fully healed.

Nguyen Van Thuoc, D.’s grandfather, said that Giang had leased the space from him to run a milk tea shop.

There were no conflicts between the family and Giang, Thuoc stated, adding that Giang never showed any abnormal signs.