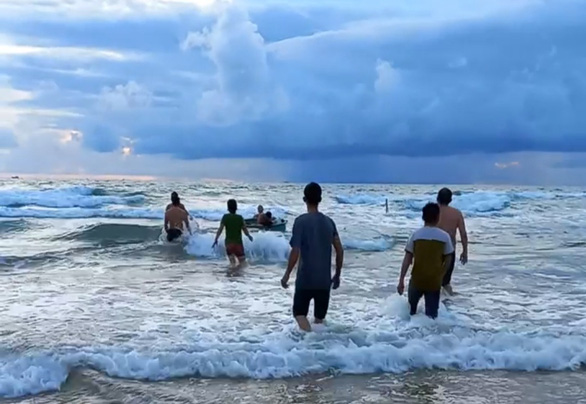 Authorities in Phu Quoc Island City, off the coast of Kien Giang Province in southern Vietnam, said on Wednesday night that a 56-year-old man had passed away from exhaustion en route to the hospital after attempting to rescue five tourists from drowning at a local beach earlier the same day.

The victim was Nguyen Van Thai, 56, a resident of Duong To Ward, Phu Quoc City, who participated in rescue efforts to save five tourists from drowning at Bai Truong Beach on Wednesday afternoon.

According to Tran Van Chung, another individual involved in the rescue operation, five tourists, including three adults and two children, were swept into the ocean by strong currents at Bai Truong Beach at around 5:30 pm that same day.

Thai immediately dived into the sea following the tourists' calls for help.

He then approached the five victims but was unable to bring them back to the shore due to the strong currents.

At that time, Do Huy Dung, 34, a local, paddled a boat out into the ocean to help Thai bring the victims ashore.

Tran Van Phong, an eleventh grader from the northern province of Thanh Hoa who was on his vacation to Phu Quoc, helped save one of the tourists from drowning.

Thai, however, was exhausted, after making it back to shore and passed away on his way to hospital despite having received first aid.

Accoridng to locals, during the current season the beaches on the west coast of Phu Quoc frequently experience large waves.