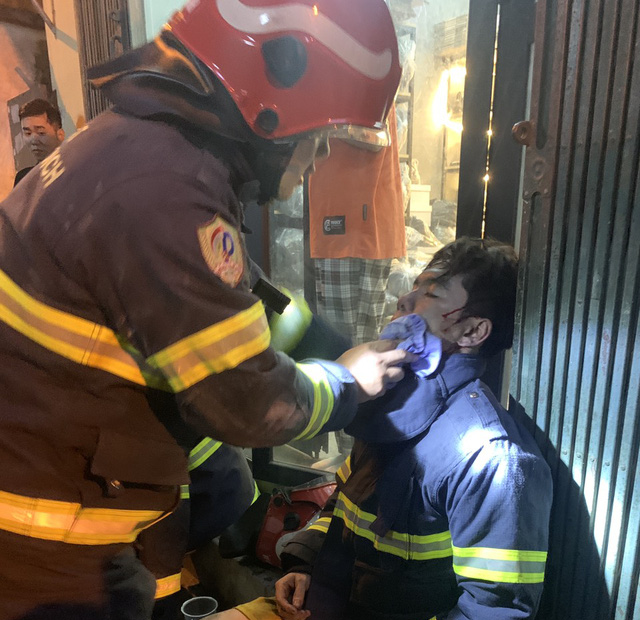 Firefighters managed to save 11 people from a fire that broke out at a six-story house in Hanoi on Sunday evening.

The incident occurred at a house, which has six floors and covers an area of 50 square meters, in an alley in Cau Giay District at around 7:00 pm, the fire prevention and rescue police division under the Hanoi Department of Public Security confirmed later the same day.

More than 20 officers and four fire engines were mobilized to the scene.

They were divided into two teams, with one focusing on putting out the flames on the first floor and the other approaching the top floor from the house next door to rescue the stranded victims.

The blaze was extinguished at around 7:30 pm, and 11 people were saved.

Police officers confirmed that there were no casualties and that they are working to determine the cause of the fire.