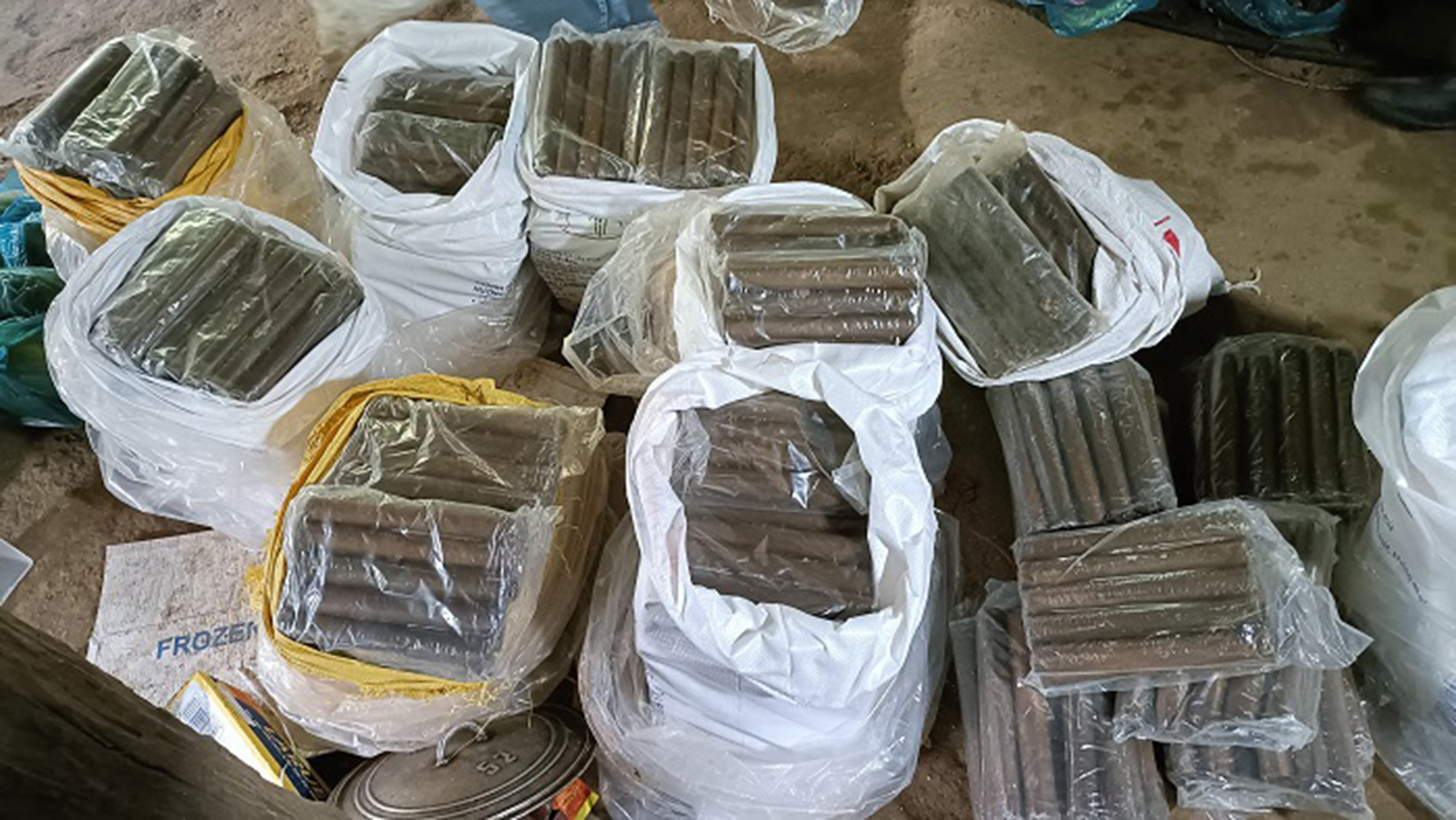 Police in Quang Nam said on Thursday they had detained six members of a racket storing, transporting, using, and trading explosives throughout the central Vietnamese province.

Ninh Van Hoat, a 34-year-old employee of Thanh Tam Co. Ltd. in Quang Nam’s Nam Tra My District, was determined as the mastermind behind the racket.

During an operation on November 17, police caught Hoat and 25-year-old Ho Van Tra red-handed transporting an amount of explosives to sell to 43-year-old Le Tien Dung in Kham Duc Town.

On the same day, police officers made an emergency search of the house of 51-year-old Nguyen Xuan Ly and his wife, 49-year-old Ngo Thi Phuong, in Nam Tra My District, seizing 250 kilograms of explosives, more than 2,000 detonators, 431 bullets of different types, three lead cartridges, one homemade gun, and nearly VND180 million (US$7,269) in cash.

The officers also searched the house of 48-year-old Dang Sy Kieu in Tam Ky City and impounded 500 kilograms of explosives.

Kieu confessed that he and Vu Xuan Thanh, a 46-year-old residing in Bac Tra My District, bought the explosives from Hoat.

The Quang Nam police have criminally detained Hoat, Tra, Dung, Phuong, Kieu, and Thanh for the investigation into the case and are tracking down Ly, who is on the run.

These suspects also admitted to selling a large number of explosives to some locals.

They took advantage of Hoat’s company, which is permitted to use explosives at licensed works, to illegally vend the explosives in large numbers.