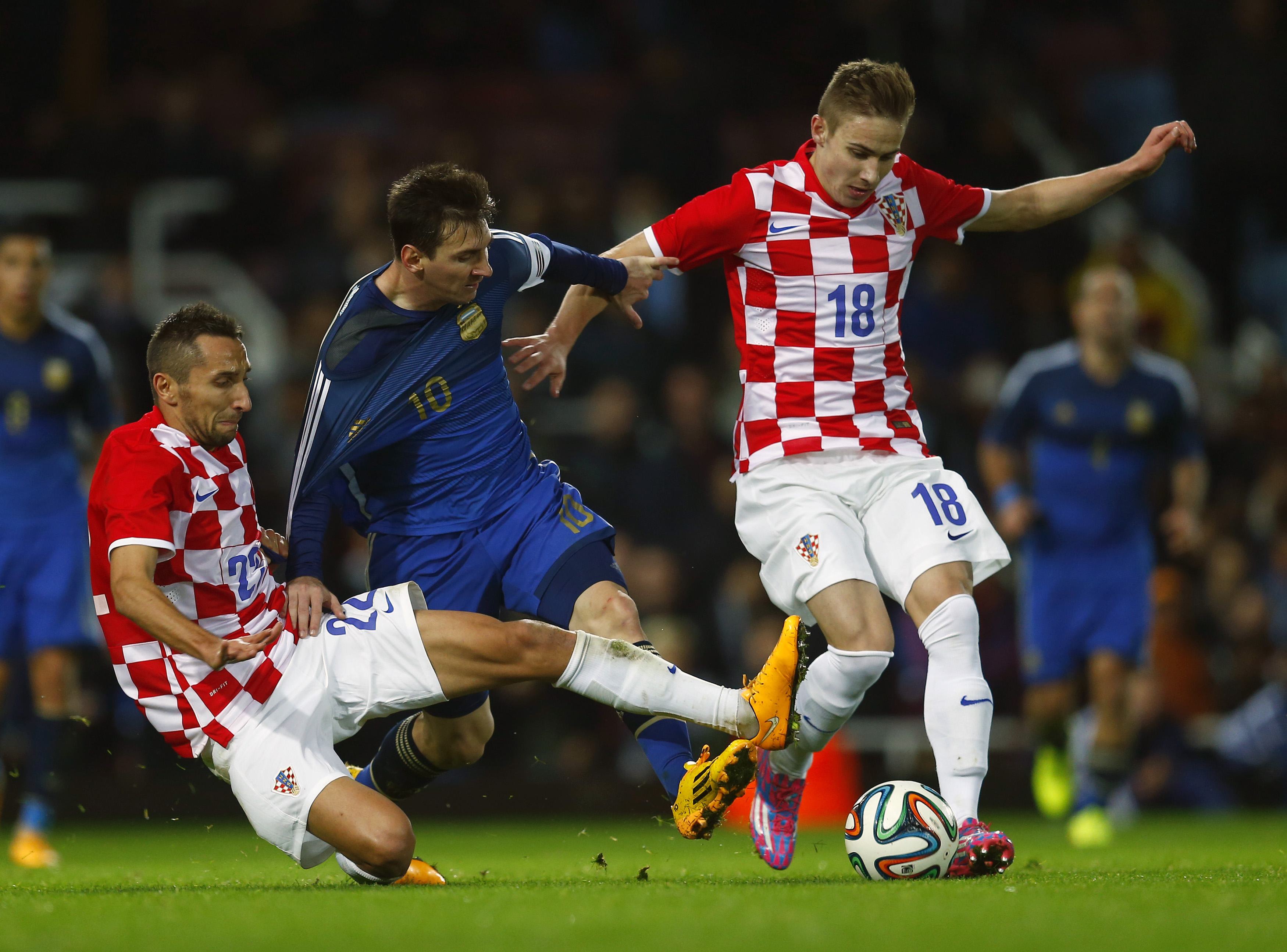 Lionel Messi's penalty earned Argentina a 2-1 win over Croatia after a fortunate equaliser that stood despite an unintentional handball by Sergio Aguero in a friendly at West Ham United's Upton Park ground on Wednesday.

Messi scored from the spot in the 57th minute after Aguero had been brought down by goalkeeper Lovre Kalinic.

Midfielder Anas Sharbini gave the Croatians an early lead which they held until three minutes after halftime when a shot from outside the box by left back Cristian Ansaldi took a deflection off Aguero's forearm and went in.

"They have many world-class players and had many other chances to score," Croatia coach Niko Kovacs told reporters.

Carlos Tevez, who came on for Aguero to roars of approval from fans of his former club West Ham in the 62nd minute for his first Argentina appearance since 2011, sent one chance wide as Argentina looked to turn the screw.

But Croatia, resting key players for their upcoming Euro 2016 qualifier against Italy, continued to threaten with their quick passing game.

Messi hit the post at the end of a brilliant attack down the middle as the match entered the final 10 minutes.

"In the second half the team improved, they were more consistent," Argentina coach Gerardo Martino told reporters.

"We still have to improve a lot but there were positive aspects and one of them undoubtedly was Tevez's involvement."

The victory avenged a 3-2 defeat by Croatia in Basel in a 2006 World Cup warm-up in which youngsters Messi and Tevez scored the Argentina goals.

A previously untested Argentina centre-back partnership of Federico Fazio and Santiago Vergini had trouble with the fast-breaking Croatians.

Sharbini met a low ball from the right and shot past Romero into the bottom corner to give Croatia the lead.

"Their goal was lovely. They put pressure on our left flank and when the ball was crossed were men short on the right," Martino said.

Argentina's world-class attack, with Messi playing from wide on the right, began to show their individual skills and Aguero went close with three chances, the first a back-heeled effort from Angel Di Maria's pass.

Romerosent a long punt downfield and Aguero took the ball superbly on his instep, turned and fired a stinging drive towards the top corner but Kalinic made a diving save.