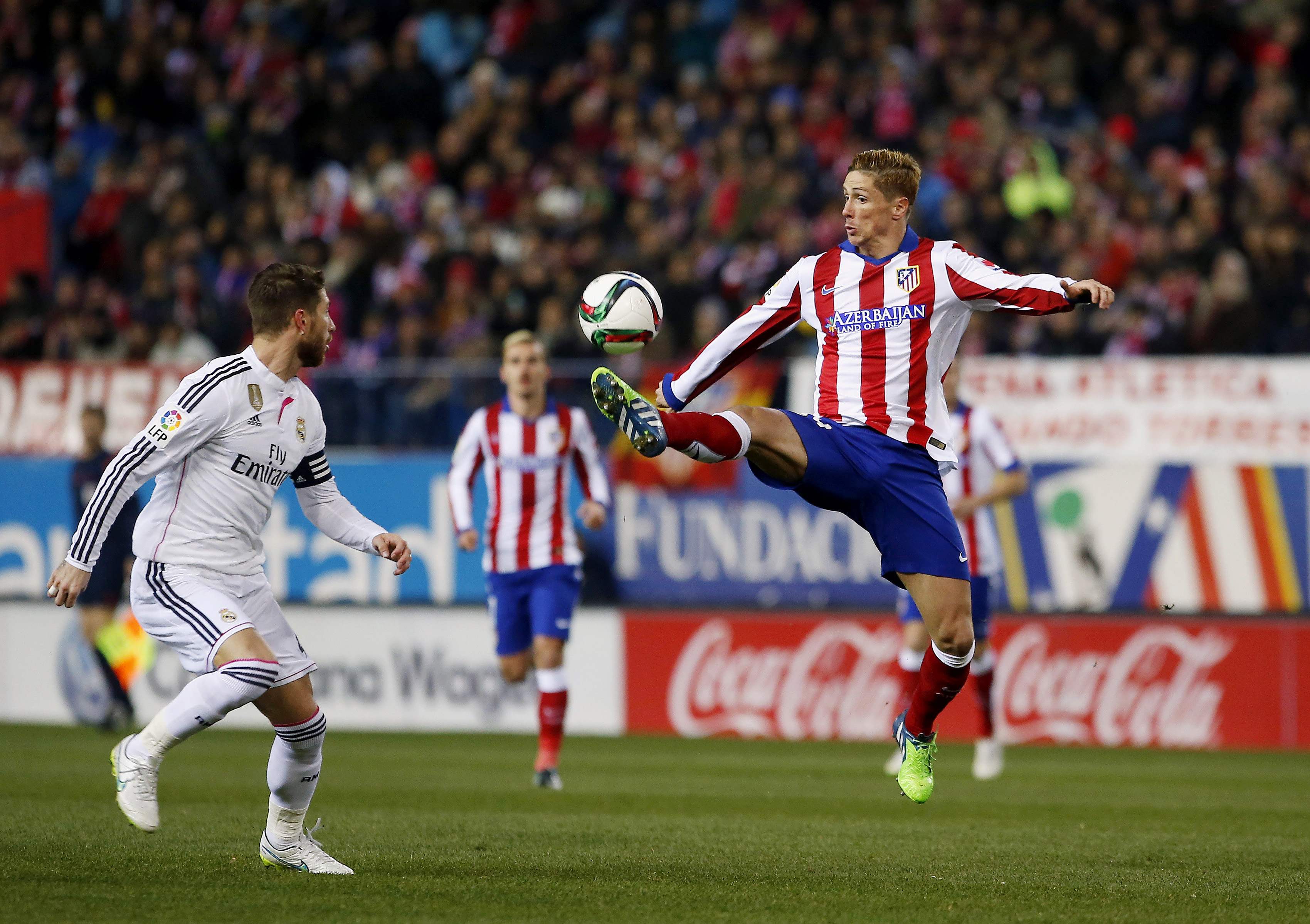 A subdued Fernando Torres helped Atletico Madrid to a 2-0 win over local rivals Real in the first leg of their King's Cup last-16 tie on Wednesday in his first start since his return to his boyhood club.

Raul Garcia scored from the penalty spot after 58 minutes after he was fouled by Sergio Ramos and Jose Gimenez nodded in a corner 15 minutes from time, but Torres was very quiet and was taken off after an hour.

The striker came through the Atletico youth system and went on to be club captain before a move to Liverpool in 2007, but this was the first time he was on the winning side in aMadrid derby.

"I am very happy to return, for the victory and how we played; 2-0 is a great result to take to the Bernabeu," he told reporters.

"I had butterflies in my stomach both at my presentation (last Sunday) and during this game."

Real finished 2014 on a 22-match winning run but lost to Valencia in La Liga on Sunday and face a mountain to climb to turn the tie around at the Bernabeu.

The sides shared all the trophies available to them during 2014 but some spice was taken out of the derby with many players rested including Real forward Cristiano Ronaldo.

"Ronaldo was tired and so we thought it was best for him to only play part of the game. It is our second defeat but I thought we were in control until the penalty," Real coach Carlo Ancelotti told a news conference.

"In the first half we needed to be more precise in attack. We needed to be more direct and use the wings but still we were in control. It is difficult in a game against a compact side and that is why you have to try and spread the play and press more.

"Obviously we still have a chance in the tie and we will give everything we have at home but it won't be easy at all."

The winners of the tie face Barcelona or Elche, who play their first leg on Thursday, in the next round.

Atletico rested more than half the side that began Saturday's La Liga victory over Levante but regular centre backs Gimenez and Diego Godin started and were caught out in the first minute from a corner.

Real defender Sergio Ramos leapt highest as the ball came into the box but his header was repelled by Atletico keeper Jan Oblak.

Gareth Bale found the back of the net for Real with a header from a free kick after 12 minutes but was flagged offside.

Atletico mainly played on the break and Antoine Griezmann was their main threat in the first half.

He forced Real keeper Keylor Navas into a smart save and then should have done better when through on goal after 20 minutes, but Raphael Varane got back to clear the danger with a sliding challenge.

Real continued to have most of the ball but they lost their way after a blatant foul by Ramos on Garcia for the penalty.