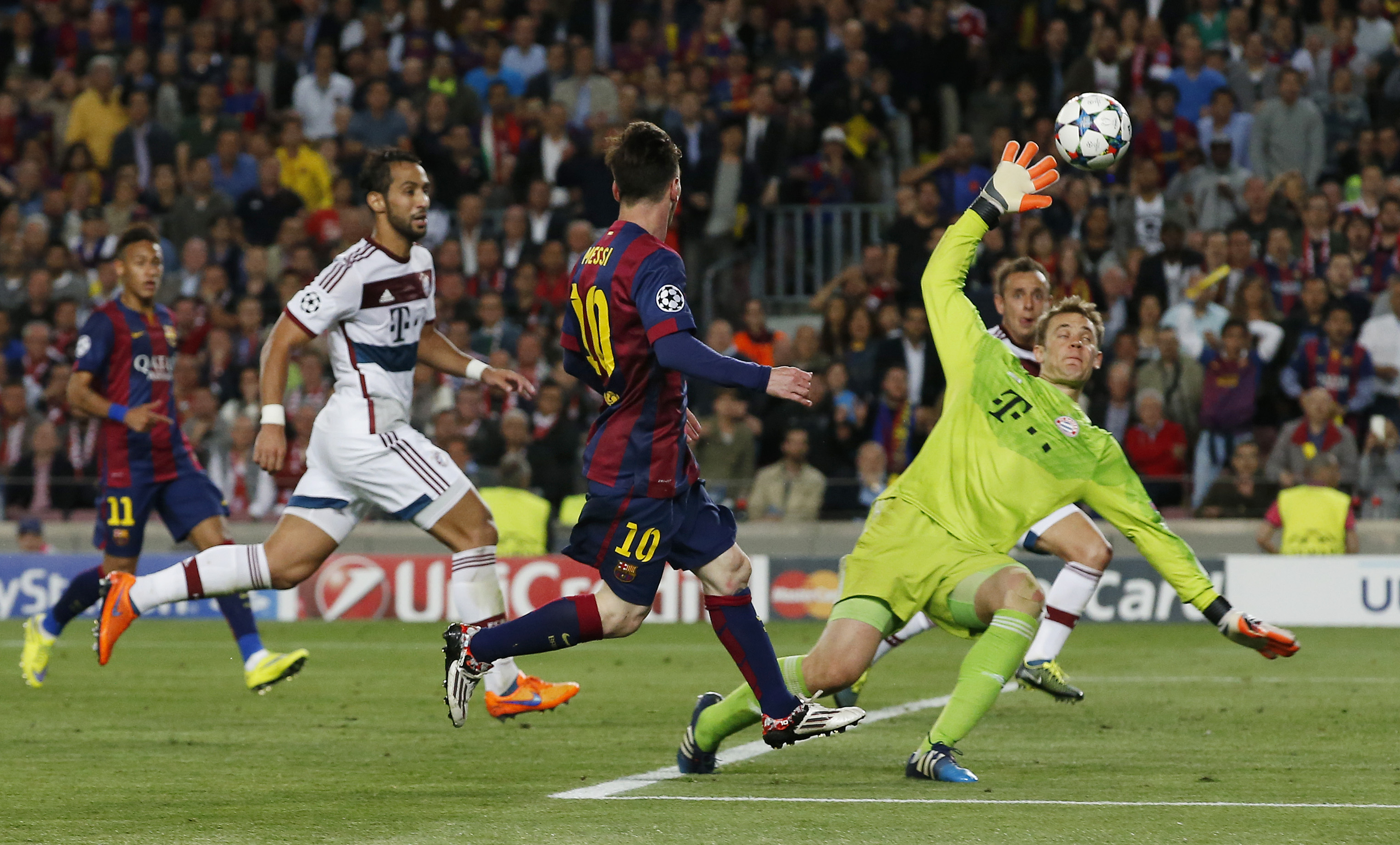 Cometh the hour cometh the man and Barcelona's Lionel Messi stepped up to the mark in sensational fashion on Wednesday.

As a high-quality and compelling Champions League semi-final first leg against Bayern Munich looked to be heading for a goalless draw, the Argentine maestro took centre stage.

After 77 minutes of toil trying to break down a disciplined Bayern defence and the world's best goalkeeper in Manuel Neuer, Messi struck like a cobra.

The German champions lost possession on the left, Dani Alves picked up the ball and passed it to Messi who sent a left-foot shot fizzing into the bottom corner from 20 metres.

Three minutes later, Messi gathered the ball and turned on the after-burners to leave Jerome Boateng for dead before dinking a precise shot nonchalantly over Neuer, his record 77th goal in Europe's premier club competition.

"When Messi is inspired he is unstoppable and tonight he showed his talent again," Barca defender Gerard Pique told Spanish television.

Barcelona coach Luis Enrique added: "He is on another level but also look at how he ran in defence. If we were not a team then we would not be able to do anything. We were very effective."

Neymar added a third goal in stoppage time to seal a 3-0 win for the La Liga leaders but it was the brilliant Messi who had made the difference.

"He is just a player who is impossible to describe," Barcelona defender Javier Mascherano said. "You have to watch him."

Luis Enrique was also pleased with the way that they coped with the threat from Bayern, who apart from a glaring miss by Robert Lewandowski had few clear chances.

"We always try and play with the same philosophy no matter who the opposition is. We knew what Bayern are capable of and the way that they can change tactics," he said.

"The team played well and aside from the chance for Lewandowski I can't remember any other ones for them. That means we were effective and managed to win back possession high up the pitch which is the aim."