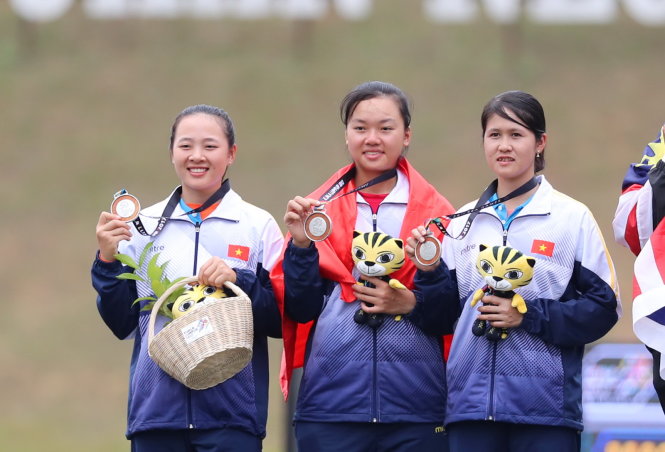 Hopes were high for a victory in team competition after 22 year-old Chau Kieu Oanh snatched the silver medal in the women’s individual event on Tuesday, Vietnam’s first medal at this year’s Games in Malaysia.

Kieu Oanh, Nhat Le, and Ngoc Huyen seemed unfazed during the first four rounds of competition, accumulating a combined 225 points and putting them on equal footing with the host archers.

The two teams entered into a tie-breaker round, where the Vietnamese team finished just one point shy of the Malaysians.

Also on Thursday, the men’s compound bow team, consisting of seasoned archers Tien Cuong, Van Day, and Phi Hung, were unable to pull off a victory in their bronze-medal competition.

Team Vietnam currently has two silver medals at the Games, both earned by the female archers, and Vietnam’s coach Cap Manh Tan is not satisfied.

“The women’s compound bow team have secured their first-ever medal at the SEA Games,” Tan said.