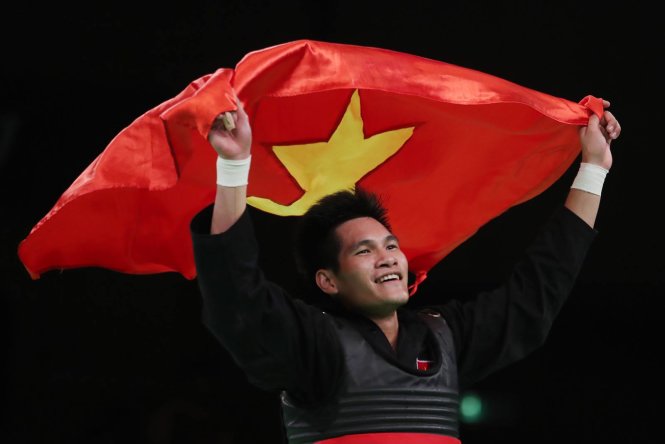 Pencak silat has delivered three of Team Vietnam’s final gold medals at the 2017 Southeast Asian (SEA) Games in Malaysia, with three martial artists claiming victory on Tuesday, one day before the biennial event wraps up.

However, one of the silver medalists, Pham Tuan Anh, failed to take his place on the podium to receive his medal after being hospitalized with a broken arm sustained during his final match with Malaysia’s Mohd Al-Jufferi Jamari.

The Vietnamese broke his arm when he fell to the ground following a counterattack from the Malaysian.

The 2017 SEA Games’ last day of official competition is today, August 30, with a closing ceremony scheduled for tonight.

Vietnam’s last hope of winning gold rests with weightlifter Hoang Tan Tai, who will be competing in the men’s under 85kg event.

The 2017 SEA Games have been held in Kuala Lumpur, Malaysia between August 19 and 30, playing host to 404 events in 38 different sports.

Vietnam’s target was to win between 49 and 59 gold medals and finish in the top three on the medal tally.