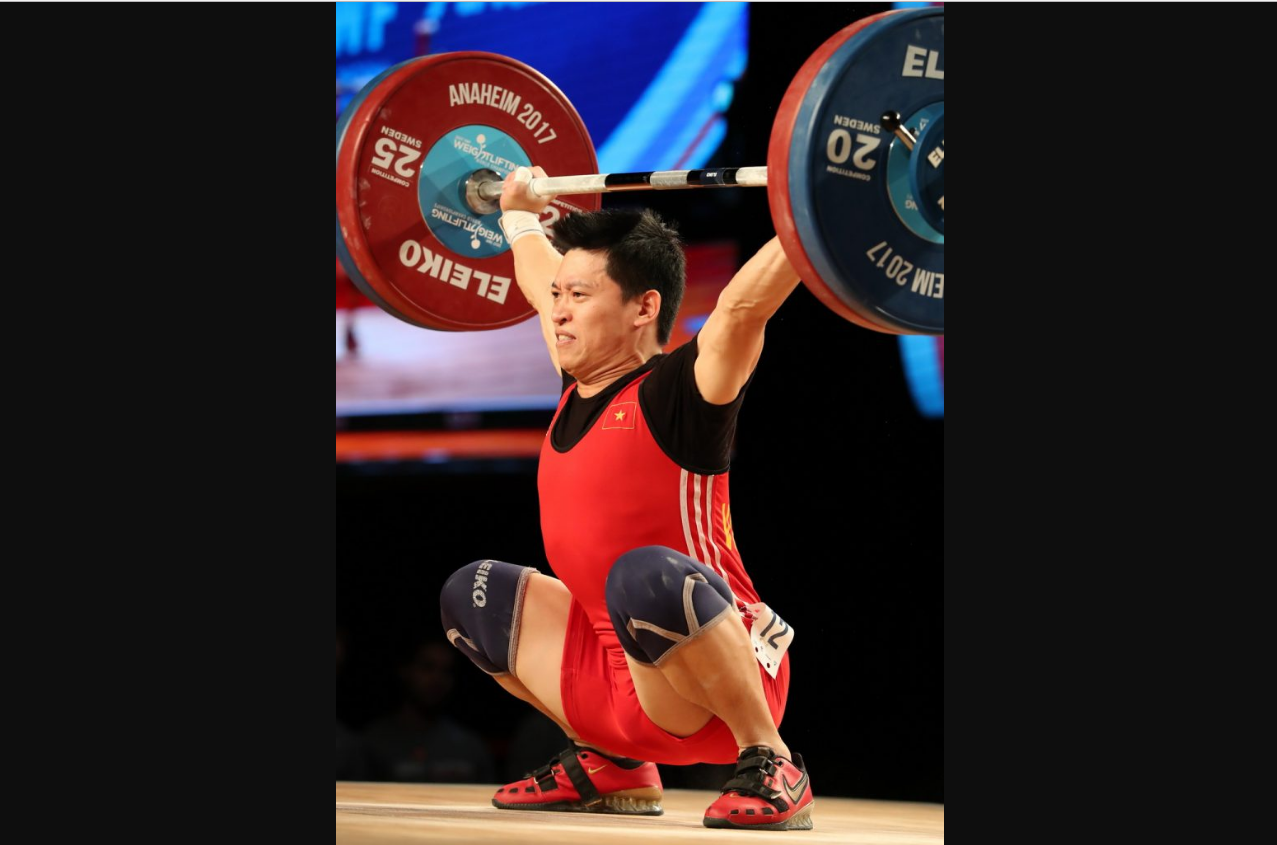 The 23-year-old Vietnamese posted 126kg in the snatch and 153kg in the clean and jerk for a combined total of 279kg, besting fellow runner-up and countryman Tran Le Quoc Toan by 9kg.

Tuan’s success was a welcome change for the young athlete whose previous performances at world championship tournaments only earned him bronze and silver medals.

The fact that many of his rivals were absent from the event was also a confidence boost for Tuan.

In September, the International Weightlifting Federation (IWF) banned weightlifters from nine countries and territories – including China, Kazakhstan, and Russia – from competing at international tournaments over doping violations.

The competition was further thinned when former champion North Korean Om Yun Chol declined to attend the Anaheim event to defend his title, pushing Tuan further up the favorites list.

Tuan was successful in his first snatch attempt at 123kg, creating a safe gap between him and other contenders. He continued with126kg in his second attempt before failing with 129kg in his final try.

Despite the failure, his efforts were enough to secure the gold.

In the clean and jerk, Tuan faced fierce competition from Thailand’s Mingmoon Witoon, but managed to win gold with a 153kg lift, a mere 1kg more than his Thai rival. Toan finished third in this category with 151kg.

With a total lift of 279kg, Thach Kim Tuan won the gold medal for the highest total, followed by silver medalist Tran Quoc Toan with 270kg and bronze medalist Mingmoon Witoon with 267kg.

He was Vietnam’s biggest hope to secure a ticket to the London 2012 Summer Olympics but fell short of qualifying.

The 2017 World Championships runs from November 28 to December 6, 2017 at the Anaheim Convention Center in Anaheim, California.