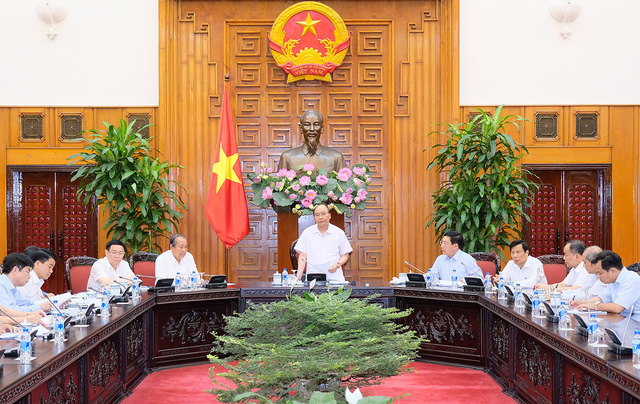 The government of Vietnam has picked Hanoi as the host city for the back-to-back 31st Southeast Asian (SEA) Games and 11th ASEAN Para Games in 2021, rejecting a US$675 million bid by Ho Chi Minh City to organize the Games.

At a meeting in Hanoi on Monday, Prime Minister Nguyen Xuan Phuc said the government had agreed to a proposal by the country’s sports ministry to let Hanoi host the regional events instead of Ho Chi Minh City.

With its experience of successfully hosting the 22nd SEA Games in 2003, the 2009 Asian Indoor Games and many other major international sporting events, Hanoi was a more qualified candidate city, the government said.

The 31st edition of the SEA Games, competed biennially among 11 countries in Southeast Asia, had been scheduled to take place in Cambodia before Phnom Penh asked to postpone the hosting until the subsequent Games in 2023.

The SEA Games Federation (SEAGF) therefore asked Vietnam, the designated host for the 2023 SEA Games, to swap places with Cambodia.

After Vietnam took over the baton, the Ministry of Culture, Sports and Tourism proposed selecting Hanoi as the host city, which is the most economical choice given the capital city’s already developed sports infrastructure.

However, Ho Chi Minh City in March 2017 unveiled its own plan to host the Games at an estimated cost of $220 million, which was raised to over $675 million in January 2018.

The money would go into constructing new sporting venues, including a brand new 180-hectare sports complex in District 2, and covering the logistics of running the multi-sport event, according to the proposal.

Hosting the 2021 SEA Games would be a great opportunity for the southern metropolis to improve its international status and open new doors for investment and tourism, the city’s deputy chairwoman Nguyen Thi Thu told Tuoi Tre (Youth) newspaper in an interview in January.

Nevertheless, Ho Chi Minh City has failed to convince the government with its bid as Vietnamese leaders look to organize the sports competition at the lowest possible cost.

At Monday’s meeting, PM Phuc regarded the hosting as both Vietnam’s responsibility and honor as a constructive member of the Association of Southeast Asian Nations (ASEAN).

“Hanoi must make the most use out of existing infrastructure and refrain from building new venues or making new purchases,” he stressed.

Around 16,000 athletes and delegates from 11 countries in Southeast Asia are expected to attend the 2021 SEA Games and ASEAN Para Games, held from November to December 2021.

Vietnam once organized the regional competition in 2003, when events were held in both Hanoi and Ho Chi Minh City.

Vietnam eliminated from 2018 AFC U-19 Championship after Australia defeat

The young Golden Stars had little chance against the Socceroos