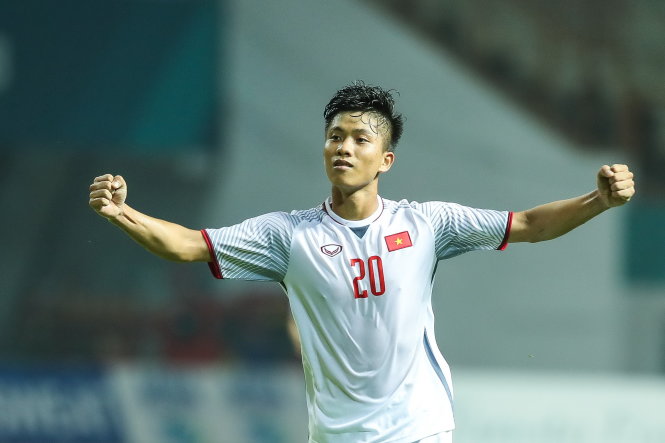 Vietnam have qualified for the knockout stage of men’s football at the 2018 Asian Games in Indonesia after it silenced Nepal 2-0 in a dominating match on Thursday.

After multiple missed opportunities in the first 30 minutes, Vietnam took the lead in the 31st minute when Anh Duc headed the ball into the net from close quarters after collecting a pass from Phan Van Duc.

In the second half, Phan Van Duc stole the spotlight when he netted a back-pass from Anh Duc, bringing Vietnam up for a two-goal lead in the 63rd minute.

The match ended with no further goals scored by either teams.

With six points after two matches and a goal difference of +5, both Vietnam and Japan have qualified for the knockout stage, regardless of their results in the last group stage match.

The two will play against each other for the first place of Group D this Sunday.

Vietnam secured a 3-0 win over Pakistan in the Group D opener on Tuesday.

In Group B, Thailand and Bangladesh tied one all, while Uzbekistan won 6-0 over Qatar.

Meanwhile, in Group C, the United Arab Emirates settled a 4-1 victory over Timor Leste and China crushed Syria 2-0 in matches played out the same day.

Running from August 18 to September 2, the 2018 Asian Games in Indonesia is the 18th edition of the multi-sport event.

Hopes are high that Vietnam will go far in men’s soccer at this year’s tournament, after the country made history by snatching silver at the AFC U23 Championship in China in January.