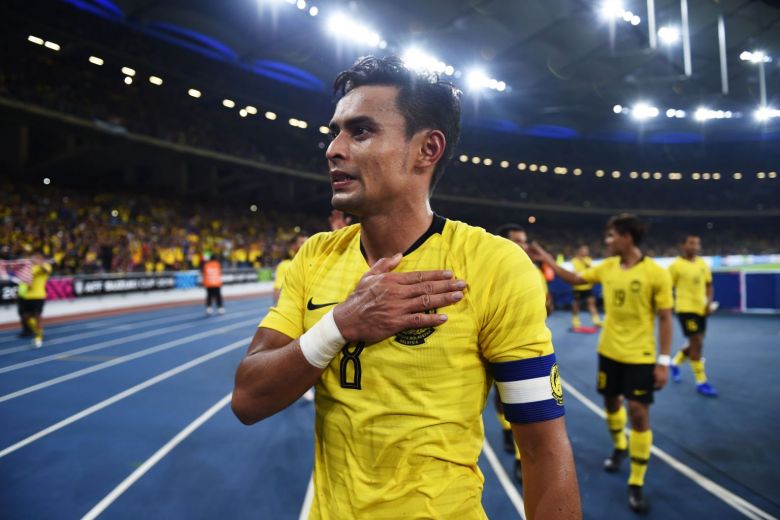 Malaysia booked their place in the semi-finals of the Asean Football Federation Championship on Saturday with a 3-0 win over Myanmar that ensures they advance to the tournament’s last four alongside favourites Vietnam.

Vietnam finished top of group A thanks to a comfortable 3-0 win over already-eliminated Cambodia while a brace from Zaquan Adha following Nohshahrul Idlan Talaha’s opener earned the Malaysians second place as a result of an impressive performance against Myanmar.

Myanmar needed only a draw to progress but, in front of a vociferous crowd at Kuala Lumpur’s Bukit Jalil Stadium, the home side made most of the early running and it came as little surprise when Nohshahrul put Malaysia in front.

Syahmi Safari’s darting run down the right saw him find Mohamadou Sumareh with time and space in front of goal but, when his attempt came back off the crossbar, Nohshahrul scored from close range.

Two minutes into first-half injury time Safawi Rasid was brought down inside the penalty area by Soe Moe Kyaw after latching on to Sumareh’s through ball and Zaquan scored the resulting penalty.

Myanmar did little to suggest they would find a way back into the game and, with two minutes left on the clock, Zaquan added the third goal when an attempted clearance by Kyaw slammed into the striker’s head before looping into Kyaw Zin Htet’s goal.

Malaysia will play the winners of group B, which will conclude on Sunday with leaders Thailand playing Singapore while the Philippines travel to Jakarta to face Indonesia.

Tien Linh gave Vietnam the lead with a 39th-minute header and, two minutes later, Park Hang-seo’s side were two ahead thanks to Quang Hai’s side-foot finish.

Van Duc put the result beyond any doubt just after the hour with a clinical shot on the turn from just outside the area.